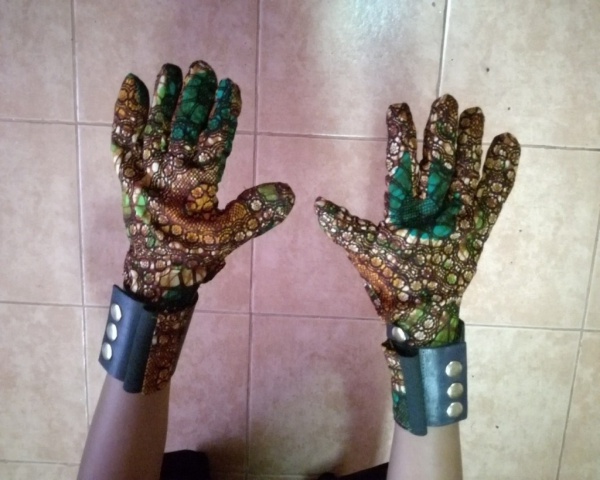 Our Thursday feature #TechThursday is on Kenya engineer Roy Allela’s gloves that aim to enable better communication between people who are deaf and hard of hearing and those who are hearing but unfamiliar about sign language. While still in prototype phase, the gloves have created quite a buzz and won Roy many awards.

As wearable technologies go, sign language gloves are one of the most frequent to hit the market. The latest one that is generating quite a buzz worldwide is Sign-IO by Kenyan engineer and innovator Roy Allela.

The gloves, still in prototype phase of development are yet to hit the market but have won Roy many awards including the Hardware Trailblazer Award at the American Society of Mechanical Engineers (ASME) global finals in New York last year. It was also a second runner-up acknowledgement at the Royal Academy of Engineering Leaders in Innovation Fellowship in London.

The gloves are meant to enable better communication between people who are deaf and hard of hearing and those who are hearing but don’t know sign language by translating signed hand movements into audible speech.
The gloves have sensors on each finger that detect the positioning of the fingers. The glove connects to an Android phone through Bluetooth using the text-to-speech function. Users can also set the language, gender, and pitch they prefer. It takes into account the different speed at which people sign.

I call it the Glove of Love because I have nieces who are eleven months old and they are speech impaired. I have often thought about how their future would be, how will they thrive in a world where people don’t understand sign language. – Roy Allela Innnovator, Sign-IO

Roy has been working closely with children in deaf schools in Kenya in developing the gloves. “At each stage, we have been involving deaf kids and the feedback has been valuable is helping us customise it as per finger measurements.

Roy aims to have these gloves placed at special school throughout Kenya and eventually to other countries. His goal is to finish the gloves by the time his nieces turns three years old and to customise them. “Our aim is that by their third birthday they will have these gloves in a customised format in superhero designs like Batman and Cinderella so it will be like an accessory they can wear and walk around and be the cool kids, says Roy.

With over 30 million people around the globe with hearing impairments, Sign-IO is among the latest in a series of innovations that seek to address the needs of people with specific needs.

“Bolstered with the rising applicability of Artificial Intelligence and Machine Learning, technology seeks to solve social challenges that were once considered beyond solutions”, says Chaithanya Kothapalli, Co-founder, Yunikee, the company behind terpIt, a service for the deaf community to book Indian Sign Language (ISL) interpreters online. “Wearable technologies to bridge the gap of communication between deaf and hearing people is in its infancy and is certainly gaining traction”.

These are welcome steps but Chaithanya cautions that these technologies need some time and learning before they have real life applications.

Besides, there’s also a question about the universality of such technologies given the specific challenges that sign language brings with it of geography, culture, and family traditions. “Sign language is an expression of thought that uses a combination of fingers, facial expressions, body and head movements. Then there is the challenge of multiple dialects, different signs for the same word to factor into”.

For Chennai-based deaf teacher Vidya Menon calls Sign-IO promising but is unsure about factors like comfort. “The glove looks interesting but it looks like it would be uncomfortable to wear all the time. I would prefer to communicate in a natural way”.