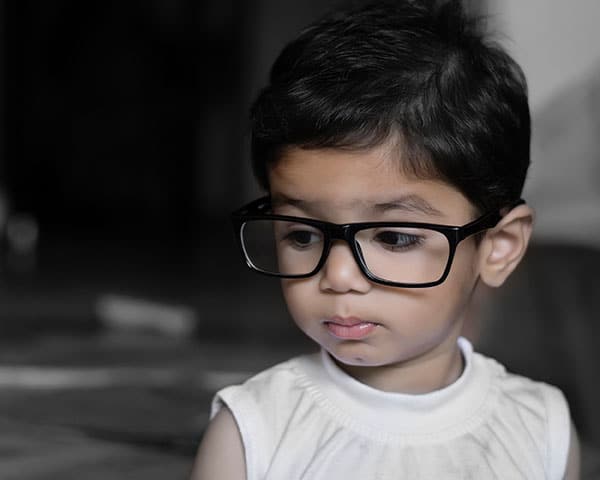 Paediatric cataracts is one of the main reasons for blindness amongst children in India. Early diagnosis and intervention is important to protect children from permanent blindness, say experts.

Childhood blindness is now common in India, one of the main reasons being cataracts, which are widely seen in children, even babies. Most of the times, the cataract is detected when a child reaches pre-school or primary school and by then it is too late for treatment. Experts point out that parents must be cautious and consult a doctor immediately if they notice any difficulties in the child’s sight.

Paediatric cataract is detected in 14 out of every 10,000 children that are born. It can be caused due to infections during pregnancy, developmental, and congenital disorders too. There are almost three lakh visually impaired children in India with 14% diagnosed with paediatric cataract.

There are two types of cataracts – developmental and congenital and both can lead to permanent blindness in the child. It can also lead to lazy eye. In some cases, the other eye is stressed out and the child experiences further trauma.

Many people think that cataracts can happen only in older people. But children can also get cataracts which is a condition where there is clouding in the lens of the eye which can lead to visual impairment. In order to see the retina, the lens must be clear. Cataract will prevent light from reaching the retina and cause the light to scatter which leads to distortion of retinal image. When a young kid is affected by this problem, brain and eye connections are simultaneously hampered. This is known as lazy eye. – Dr Sindhu, Ophthalmologist

The good news is that there are various hospitals and government camps that offer free detection for children. Parents must ensure they do not miss this and the best time for a child to undergo a screening test is when vaccinations are provided.

“I have come across a few cases where parents who noticed a patch in their two-month old baby’s eye delayed meeting the doctor due to lack of awareness about blindness”, says Dr Karthika A, an ophthalmologist. “They consulted a doctor when the baby is seven months old and it was too late by then. When a baby has cataract, they do not look into the eyes of the parent or a white patch appears. These are basic symptoms. It is important that parents consult a doctor as soon as they realise something odd.

Experts point out lack of awareness about blindness being one of the main reasons to why parents delay consulting their child to a doctor. Early diagnosis and intervention is the only way to save a child from being affected by cataract or becoming permanently blind.