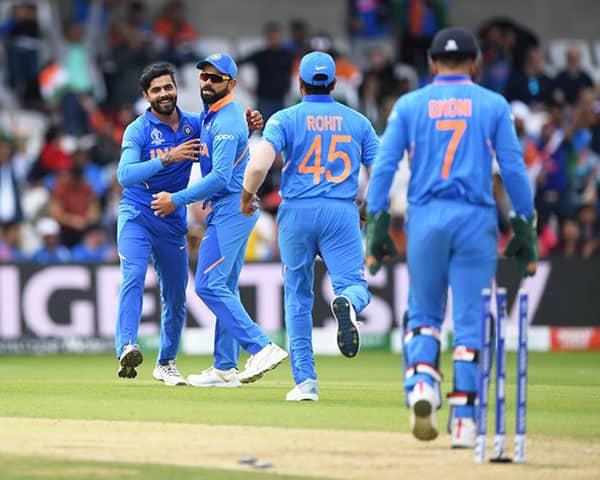 India will take on New Zealand today in a crucial encounter in the ongoing World Cup Cricket tournament. Watching closely are India’s disabled cricketers who are rooting for Virat and the team to bring home the world cup.

Virat Kohli and his team are putting up a splendid performance at the cricket world cup. This time, Indian cricket fans are hopeful the team will come back champions. Ahead of the crucial encounter against New Zealand, players from the Indian wheelchair and blind cricket teams tell Newz Hook what Indian players should keep in mind.

Shekhar Naik, former vice-captain of India’s blind cricket team, is an ardent follower of Virat Kohli’s squad and is sure India will win if they are mindful.

Team India is performing well in this world cup. But there were a few errors that has to be worked on during first few matches. Moreover, they need to work on how well the combinations are done. I think New Zealand will lose against India. I believe Australia and India are going to play the final match. India is going to win and I am too confident about it. I wish all players the best of luck in bringing home the world cup. – Shekhar Naik, Former Vice-Captain, Indian Blind Cricket Team.

Similar confidence was expressed by Shiv Prasad S, vice-captain of the Indian wheelchair cricket team, who said that the journey of Indian team is getting better as each match progresses.

“The Indian team is in a brilliant form. They have already qualified for the semi-finals and are excelling in batting, bowling and fielding. I’am sure they are going to bring back the world cup this year, says Shiv.

Sagar Gowda, who has been part of Indian wheelchair cricket team has won many national and international matches for his teams. Gowda is excited after watching the last few nail-biting matches of Indian team. “I feel that Rishabh Pant, Dhoni or Pandya will take the innings till the end. For that, they need to show composure and get good runs on board. When it comes to bowling, I want to see other bowlers stepping in and taking wickets to break a partnership or cutting down the runs for the other team. Bumrah has been exceptional. I wish he continues being in form” he says.

The exciting journey of the Indian cricket team who played this world cup has truly motivated many cricketers, especially people like Hareesh Kumar who plays for the Indian wheelchair cricket team.

“Dedication and success are the ingredients needed to cook a meal of success and team India is already doing it. You have already made the country proud by bringing home the world cup in 1983 and 2011. We have the best players and I wish the Indian team brings back the world cup again, says Hareesh.

The entire nation is hoping that Kohli and his team to bring back home the world cup. With the brilliant form that the players are in, it surely looks like they are not going to disappoint fans.