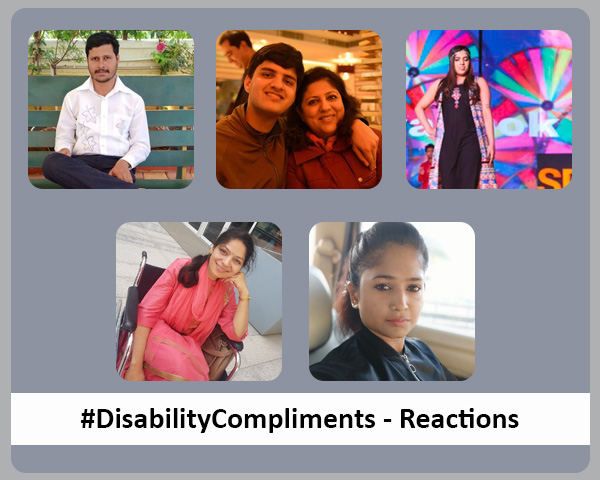 We have all heard statements that were meant to be a compliments but didn’t quite feel like one. Like, “You drive well for a woman or Congrats, I didn’t think you were qualified”. A Twitter hashtag #DisabledCompliments highlighting veiled insults that people with disabilities are routinely subject to is setting off a much needed conversation.

In an effort to come across as aware or empathic, non-disabled people often end up doing the exact opposite. They sound patronising and downright boorish. Maharashtra wheelchair basketball champion Nisha Gupta encounters the latter kind all the time.

“The compliment I hear all the time, is you are so pretty and talented. It would have been so much better if you were not on wheelchair, says Nisha. Comments like these would irritate he earlier, even provoking a strong reaction, now Nisha has learned to dismiss them.

”I have learned to ignore such comments, although it would be great if people would realise that I am not wheelchair-bound. In act I am quite happy with myself,” she adds.

Social worker Akash Nimbalkar, who is also visually impaired, says he is often confronted by assumptions that people with disabilities are dependent beings in need of help. People tend to overlook the fact that people with visual impairments are not dependent on others, they are quite capable of taking care of their lives.. Akash says this has extended to people who know him well too. I remember being told by a friend that if I was not visually impaired, she would have married me as I was exactly the type of person she could love.

The irony is backhanded statements like these make non- disabled people feel better but can make the person receiving the compliment gut punched.

Neelu Jindal, a motivational writer, gets complimented for her looks often but hates the riders attached. “What I dislike the most is when people give me compliments like “You are very beautiful, why did God put you in this condition?”. Or sometimes they tell me, you are so talented and pretty, you would have been so successful if you were not a wheelchair user.

The hashtag, #DisabledCompliments started by disability activist Imani Barbarin on the website Crutches and Spice has attracted hundreds of likes with many non-disabled people apologising. Many people have thanked Imani for starting the discussion.

Simran Chawla, an aspiring actor who is visually impaired is happy that the hashtag has started an important conversation.

I prefer to look at the positive side and such comments are in my list of things to be forgotten and not be taken seriously. However, it would be great if people understood the difference between genuine compliments and unnecessary sympathetic comments.

Nikita Bakhshi, sister of Pranav Bakhshi, India‘s first model with autism, grew up listening to such comments about her brother and continues to hear them. Comments like ‘you don’t look autistic’, ‘you look functional in your photos’, or ‘you achieved so much because your mom worked hard’, are among the deluge of well intended but insensitive lines that have come their way.

The mom and the sister have deepest gratitude for the love and affection being showered but, “inspite of the fact that Pranav has proclaimed with pride that autism is his superpower and sincerely believes that it is, we cannot imagine a situation where this identity is masked with an affinity to ‘normalcy’ that people feel he possesses and tell him that, meaning to compliment him! While he is at ease with his identity, his mom and sister wear it on their sleeves.”