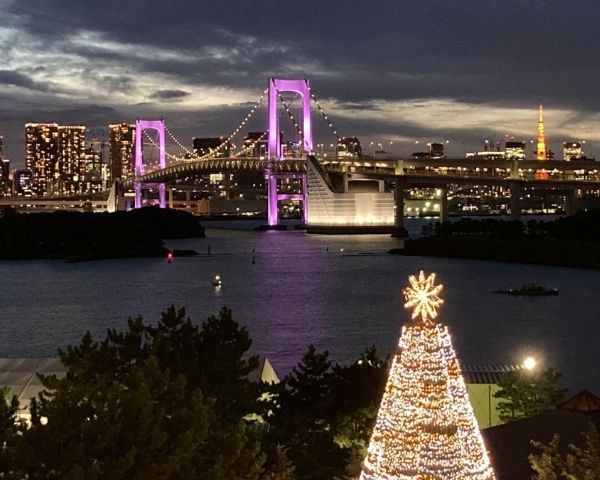 Get-hooked August 20, 2021
Multiple leading international organizations have come together to launch WeThe15 ahead of the Paralympics in Tokyo next week. It aims to be the largest human rights movement in history, representing the lives of 1.2 billion disabled people worldwide.

Over 125 landmarks around the world were bathed in purple light on Thursday night, including Rome’s Colosseum, London’s Eye, New York’s Empire State Building, and Tokyo’s Skytree Tower. It marked a moment to honor the world’s 1.2 billion disabled people.

Having these iconic places illuminated in purple was the idea behind a campaign called WeThe15, designed to represent those who live with disabilities. Toward the launch of the Paralympic Games in Tokyo next week, the International Paralympic Committee (IPC) is partnering with the International Disability Alliance as a call for inclusion and equal treatment. Purple has long been associated with the disability community.

There are 30 countries participating in WeThe15, an international movement that advocates for disability visibility, accessibility, and inclusion. A coalition of international business, arts, government, and sports organizations will also be brought together, the largest ever. In the next ten years, they will work with governments, businesses, and the public to address the largest marginalized group in the world.

For the first time in history, the International Committee of Sports for the Deaf (Deaflympics), Special Olympics, Invictus Games Foundation, and the International Planning Committee have joined forces. Sports events and athlete communities will be used to raise awareness and better understand the problems facing disabled people around the world.

WeThe15 aspires to be the biggest ever human rights movement for persons with disabilities and aims to put disability right at the heart of the inclusion agenda, alongside ethnicity, gender, and sexual orientation. By uniting several leading international organizations and the world’s 1.2 billion persons with disabilities behind one common movement, we will make a tangible and well overdue difference for the planet’s largest marginalized group. – Andrew Parsons, President, International Paralympic Committee

WeThe15 aims to change attitudes and create more opportunities by:

Parsons said that sports and events such as the Paralympic Games are powerful vehicles to engage global audiences. “By partnering with Special Olympics, Invictus Games, and Deaflympics, there will be at least one major international sports event for persons with disabilities to showcase WeThe15 each year between now and 2030. These sports events add great value to the campaign and underline the hugely positive impact sport can have on society”, he added.

“We need new creative and innovative approaches, and we need a much broader coalition to achieve that”, said Ana Lucia Arellano, Chairperson of International Disability Alliance. “WeThe15 has a unique opportunity and responsibility to be a platform where more and new actors will come together making the ‘Nothing about us without us’ a real change for all persons with disabilities.”

Michelle Bachelet, UN High Commissioner for Human Rights, added, “We plan to build on the multiple Paralympic Games in Beijing, Paris, Milan and Los Angeles, particularly in the local communities, to make it clear that upholding and advancing the human rights of persons with disabilities is relevant, doable and necessary – for everyone’s benefit.”

Several high-profile activities are planned to mark WeThe!5, like a campaign film which will air across multiple digital channels as well as TV channels in 60 countries, a campaign symbol on Twitter, and a special content series on Facebook about sport for persons with disabilities. Instagram and Snapchat will be providing special purple filters for users. The campaign film will be played out during the Tokyo 2020 Paralympic Games Opening Ceremony reaching an estimated global audience of 250 million people.