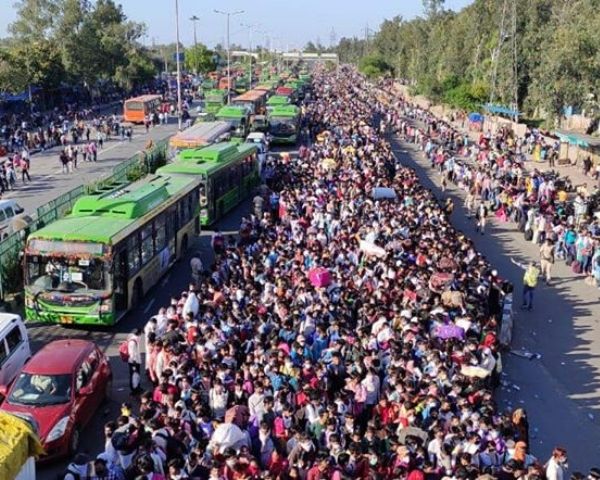 The ongoing lockdown has affected India’s migrant workers the most. Due to lack of public transport, lakhs of migrant workers across India are stuck in cities with no jobs, poverty and starvation. Many have set on foot to reach their hometowns that are thousands of miles away from where they live. Since the past two months, many of them have reportedly died while travelling back to their hometown. On Monday, four migrant workers were killed in separate road accidents in Uttar Pradesh and Haryana.

A woman and her six year old daughter were travelling to Uttar Pradesh from Maharashtra. They were along with a group of other migrant workers. They travelled in an auto for over 1300 kilometres in three days and was hit by a truck just a few kilometres away from their destination. Another worker who was cycling to his hometown met with an accident at Rae Bareli. Two migrant workers on their way home was hit by a car in Haryana and one of them died on the spot.

Even though the central government had arranged special trains for migrant workers, most of them are walking back home. Transporting migrant workers has caused many controversies since the lockdown began.

Last week, 16 migrant workers were run over by a train and killed at Aurangabad. All of them were sleeping on the tracks thinking that no trains were plying due to the lockdown. They were all walking back to their homes.