Every year CavinKare and Ability Foundation recognise and celebrate extraordinary achievements by people with disabilities from across India. Over the last 18 years, 65 disabled achievers have been honoured for breaking stereotypes and changing mindsets towards disability. This year the awards went to five people working across a wide spectrum of fields. 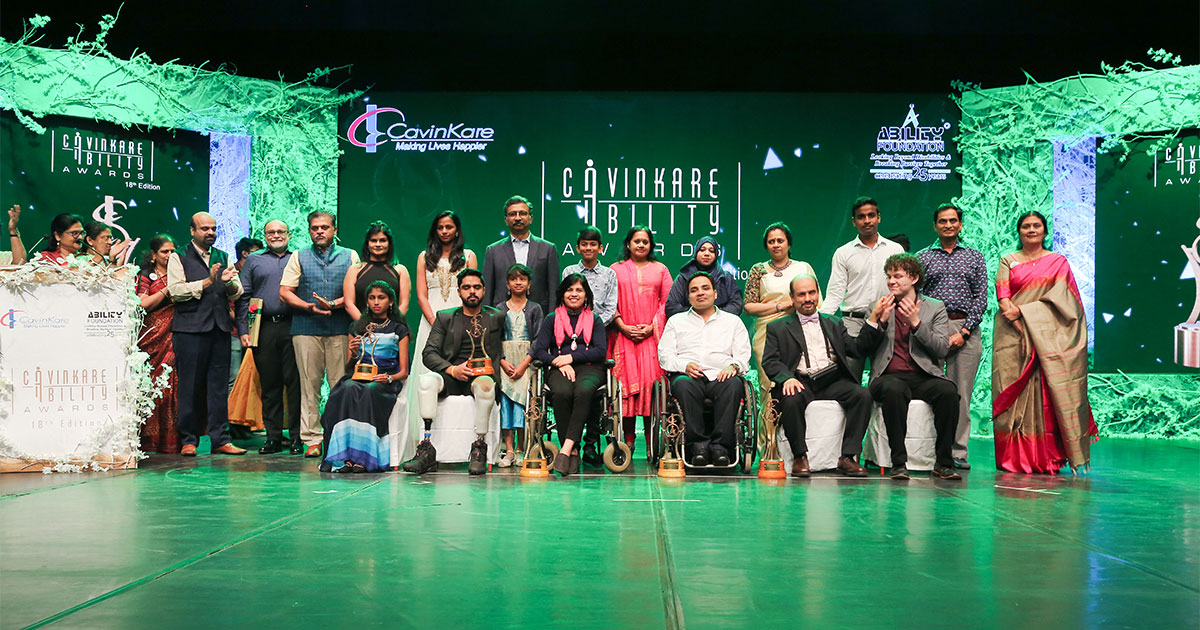 The CavinKare Ability Awards are national-level honours conceived to showcase the innate talents and abilities of people with disabilities and shatter stereotypes. The selections are made after a meticulous screening process where people from across India are considered. “This award is a testimony for their perseverance, courage and desire to achieve great heights by overcoming barriers steadily”, says C K Ranganathan, Chairman-Managing Director, CavinKare.

Awards showcase the abilities of disabled community across India

Among the illustrious winners over the years have been some of the tallest figures from the disability space like S Ramakrishnan of Amar Sewa Sangam and Javed Ahmad Tak, both of whom were honoured with the Padma Shri this year.

Jayshree Raveendran, Founder-Honorary Executive Director, Ability Foundation says the awards cast a spotlight on the amazing range of talent that exists in India. “It has been an amazing and enriching experience. Our country does boast of such persons as these, and it is for every single citizen to be aware and ensure equality and equal opportunity sans bias”.

This year the CavinKare Ability Special Recognition Award was given to Anindya Bhattacharyya, Coordinator of the National Outreach Technology Development and Training Program at the Helen Keller National Center, in New York. He has played a major role in the passage of the United States’ 21st Century Communications and Video Accessibility Act. Born in a small village in West Bengal, Anindya went deaf-blind as a child. He has overcome many challenges to become an international leader of the deaf-blind community.

All of us have struggles in life. With positivity and an open mind, no matter what our dreams are, we can achieve it. It is okay if we fail because it is part of life and we do get to learn something from it. – Anindya Bhhatacharya, Winner, CavinKare Ability Special Recognition Award 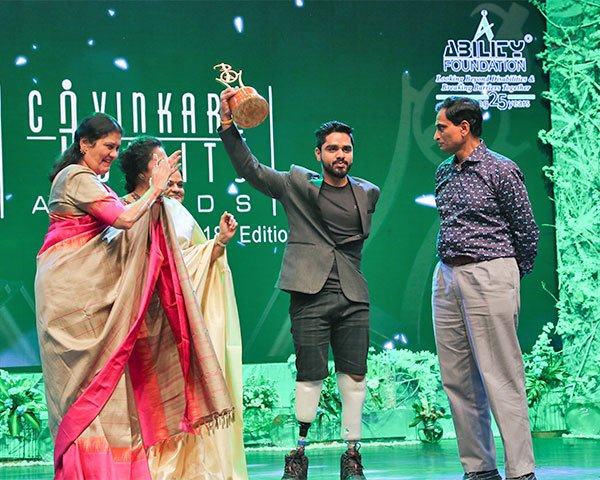 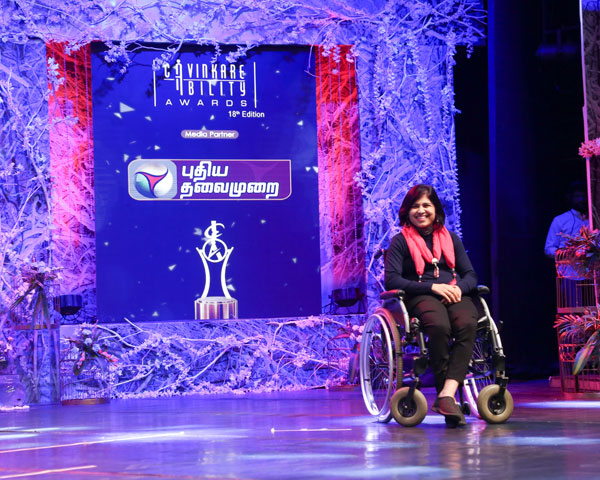 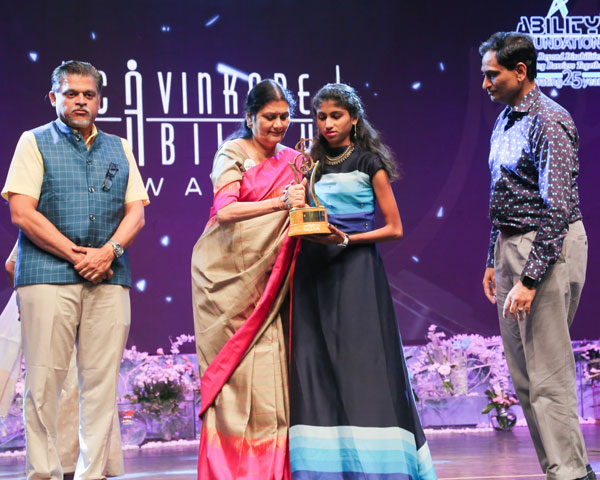 The CavinKare Ability Award for Eminence went to Swarnalatha J, Founder, Swarga Charitable Trust. Along with her husband, Swarnalatha has taken many steps to make Coimbatore accessible for people with disabilities. This includes creating accessible toilets in every platform of Coimbatore Railway Junction and 10 government schools. “When I was diagnosed with multiple sclerosis, people said I couldn’t be a good wife, a good mother or be useful to society. But here I am receiving awards for contributing to society.”

The CavinKare Ability Mastery Awards went to Mumbai’s Adil Mohammed Nazir Ansari, Tinkesh Kaushik from Pune and Rakshitha Raju from Bengaluru. Adil has two Limca records to his credit and has won medals in para swimming. Rakshitha is the first blind woman from India to win medals in the track events at the 2018 Asian Games. Tinkesh is an athlete, swimmer, para cyclist, marathoner, and a fitness and wellness coach for persons with and without disabilities.

Rakshitha says her goal is to win at the Tokyo Paralympics and bring honour to India and to those who have supported her.

For Adil, winning the award was an emotional moment. “I saw my mother’s face. She hadn’t smiled ever since the accident happened. That moment transformed me. I wanted to bring a smile to her face. I thought, if I had to die, I should have died at the time of my accident, or later in the hospital when multiple infections ravaged me. If I am alive today, God obviously wanted me to live to do something.”

Tinkesh calls the award a dream come true. “When you do things to be the best version of yourself, it serves as an inspiration to others and you become a role model. This is a huge responsibility. And when you are recognised for it, it is a dream come true.”