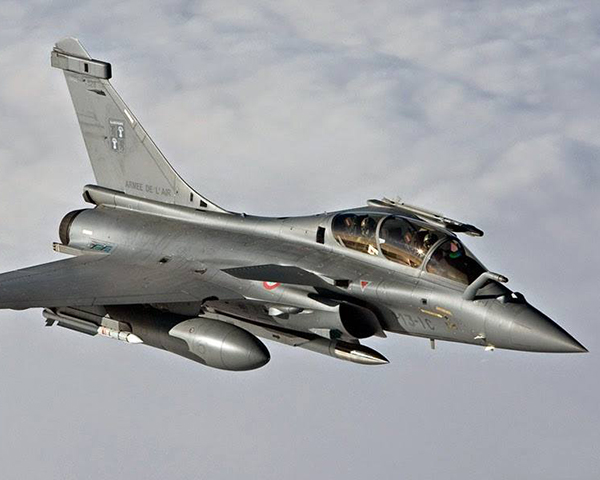 Five French-made Rafales were inducted into the Indian Air Force‘s Golden Arrows Squadron at the Ambala Air Force Station on Thursday. The first batch of five Rafales is being inducted at a time when India is caught in a tense border situation with China.

“Today, this induction sends a strong message to the world and those who have raised an eye at us. This induction is very crucial, considering the border situation,” said Defence Minister Rajnath Singh at the ceremonial unveiling of the Rafale aircraft.

The Rafale jets, built by French aerospace major Dassault Aviation, are known for air-superiority and precision strikes on ground targets. The first batch of five Rafale jets arrived in India on 29 July.

After the ceremony, the French Defence Minister and Rajnath Singh will hold talks in Ambala to further deepen bilateral defence and security cooperation. 10 Rafale jets have been delivered to India so far and five of them stayed back in France for training IAF pilots. The delivery of all 36 aircraft is scheduled to be completed by the end of 2021.

A second batch of four-five Rafale jets is likely to arrive in India by November.

The Rafales are capable of carrying a range of deadly weapons. The trainer jets will be twin-seater and they will have almost all the features of the fighter jets. While the first squadron of the Rafale jets will be stationed at Ambala air base, the second will be based at Hasimara in West Bengal.