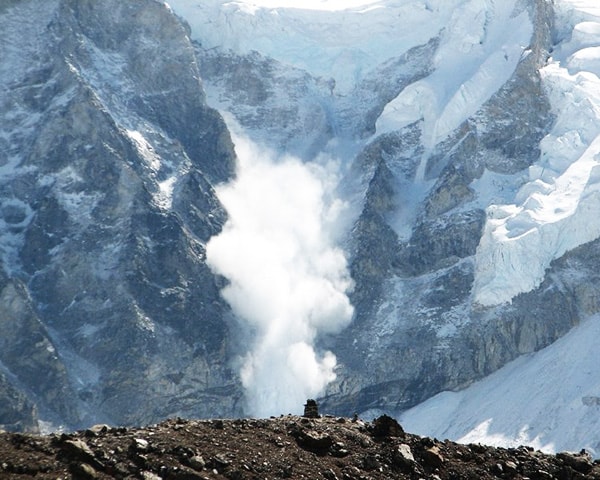 Four soldiers and two civilians died in an avalanche at Siachen. They were stuck in the glacier for many hours and rescue teams from the Indian army found it extremely hard to reach there due to extreme weather conditions. The avalanche was at an altitude of 19,000 ft and the accident happened at around 3 pm on Monday. Two soldiers miraculously escaped from the avalanche. The victims died of hypothermia.

Deeply pained by the demise of soldiers and porters due to avalanche in Siachen. I salute their courage and service to the nation. My heartfelt condolences to their families-Rajnath Singh, Union Defence Minister.

Reportedly, the soldiers who died were patrolling the area. “#CISF pays tribute to brave soldiers who martyred in avalanche in Siachen. Salute to you brave sons of India. Deepest condolences to the bereaved families of the brave souls”, tweeted Central Industrial Security Force (CISF).

Siachen is located at the Karakoram Range. Known as the highest militiaried zone, Siachen is one of the most sensitive areas where Indian army officials are deployed. Apart from security concerns, Siachen avalanches and landslides have killed many soldiers over the years. In the year 2016, over ten Indian army soldiers lost their lives in a tragic avalanche accident. Temperatures in the area can go down to even minus sixty degrees. “Saddened by the loss of our brave army men in an avalanche during patrolling at Siachen. My heartfelt condolences to the bereaved families. Om Shanti”, tweeted Manohar Lal, Chief Minister of Haryana.