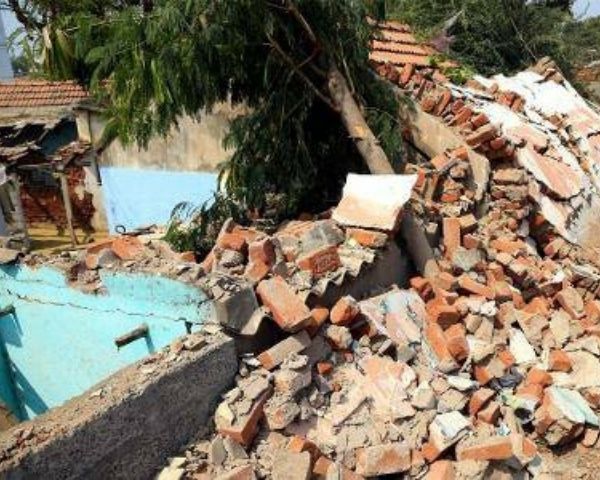 Nine people, including a two-month-old baby was amongst those who died after a wall collapsed at Hyderabad in Telangana due to heavy rains. Reportedly, the wall fell onto the houses on Tuesday night due to which the victims got stuck inside. One person was rescued and admitted to a hospital. It took hours to clear the debris and remove bodies of victims from the accident site which was at Ghousenagar of Chandrayangutta police station limits in the city.

“#HyderabadRains, I was at a spot inspection in Mohammedia Hills, Bandlaguda where a private boundary wall fell resulting in death of 9 people & injuring 2. On my from there, I gave a lift to stranded bus passengers in Shamshabad, now I’m on my way to Talabkatta & Yesrab Nagar”, tweeted Hyderbad Lok Sabha MP Asaduddin Owaisi.

Local police have booked an FIR with crime number 490/2020 under Section 304(A), 337 IPC for Negligent Act leading to death and injury against the compound wall owner after the accident.

Since past four days, Telangana has been witnessing heavy, incessant rains across the state. According to reports, more than thirty people have died in various rain-related accidents and 15 in Hyderabad alone. Images of cars and scooters floating on waters on main roads were doing rounds on social media. In one of the videos, a man could be seen being caught in the flood waters at Barkas near Falaknuma.

Officials have asked people to not step outdoors in the next few days as a high alert has been issued in most parts of the state.