Why my Dad is my Hero – Guest Column by Zoyeb Zia 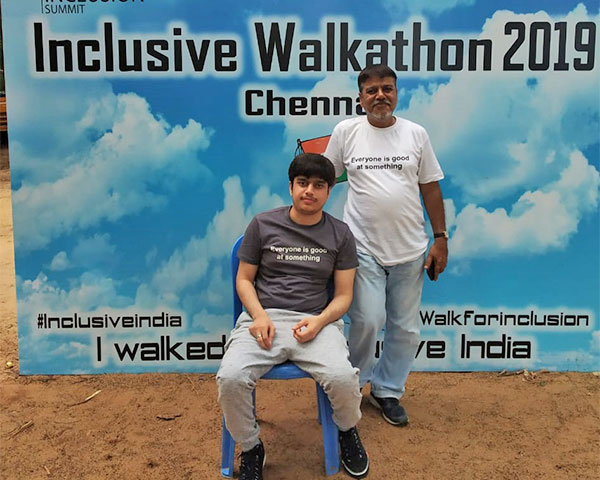 Our guest columnist this week is Zoyeb Zia from Chennai. An assistant professor of zoology, Zoyeb has ataxia, a rare neurological disorder that affects limb coordination, gait movement ad speech. Zoyeb says he has been able to overcome many setbacks thanks to his father, Iftikhar.

My father and I share a typical dad-son relationship – misunderstandings, me being shouted at, my sister and him ganging up on me – all the usual stuff that goes on in every household.

Understandable because I am a little playful at times and deserve a hearing or two. What stands out is that my Dad has never ever treated me differently, and has gone by the same standards of behaviour as far as I am concerned since I was a child.

We have been close and friendly from the start and the bond strengthened when I faced a tough situation in Class 10 when I was diagnosed with a rare neurological disorder called Ataxia. He never sugar coated it for me, giving me false assurances like ‘its going to be alright’. What he gave me was a realistic and committed assurance, that ‘We Will Face This Together’. Words that actually reignited me after the first few days of worry.

With the onset of the disorder, life changed for me. My Dad too went through some major changes in his life, but he did not change as a person. He was the same joyful and happy man, staying close to his family and circle of friends. He does have some wonderful friends and he always presents an upfront, honest view of himself.

At a time, when my mind was playing tricks because of the situation I was going through, I would wonder how Dad was taking these things in his stride. There were many areas which needed attention like my education, the disorder, and the countless medical rounds. He was worried but he was open about the situation, always willing to discuss it, even take my opinion.

My Dad has been supportive, motivating and tough when needed but he has always respected my space. He dreams big goals – for me. And assures me that, however difficult those goals may be, they are achievable.

During this difficult journey so far, my Dad has always eased my tensions and worries by his positive attitude and smiles. I am blessed to have such a caring Dad I now insist that he write a book about his journey, and as usual he jokes that the world is not yet ready for him.