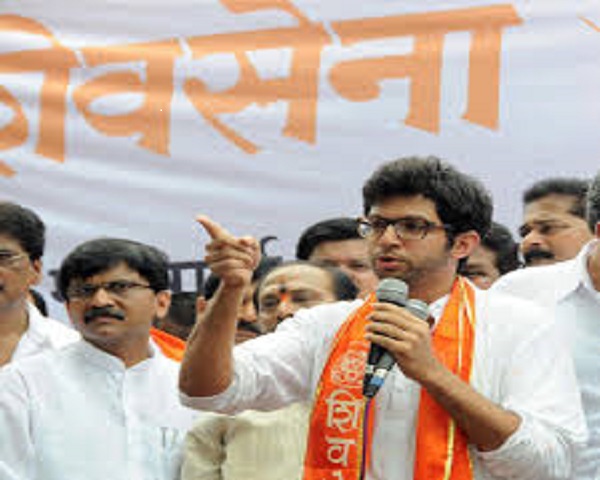 Aaditya Thackeray, son of Shiv Sena Chief Uddhav Thackeray will be the first member of his family to fight the elections. Aaditya has said that he would contest the 21 October Maharashtra Assembly election. He is being groomed as the party leader for the future and will be the Sena candidate from the Worli assembly constituency, which is a party stronghold in Mumbai.

I am contesting the elections… I have taken the big plunge. I am sure of victory as I have the blessings of you all. – Aaditya Thackeray, Shiv Sena contestant

Aaditya held up a traditional sword and was cheered by workers when he made the announcement at a party gathering. “I have to serve the people. I have to do what my grandfather (Bal Thackeray) taught me,” he said.

While Sena ally BJP has made it clear that Devendra Fadnavis would remain Maharashtra Chief Minister if the alliance returns to power in Maharashtra, the Sena expects the top post for 29-year-old Aaditya Thackeray.

Sena leader Sanjay Raut said in an article – “Due to some technical glitch, Chandrayaan 2 couldn’t land on the moon but we will ensure that this sun (Aaditya Thackeray) reaches the sixth floor of the Mantralaya (the Chief Minister’s office) on 21st October”.

The Sena may have to settle for the post of deputy for Aaditya.

No member of the Thackeray family has ever contested an election or even held a constitutional post since the Shiv Sena was founded in 1966.