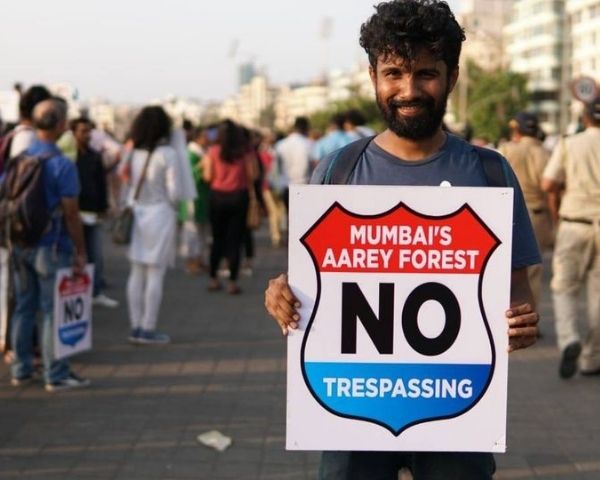 After months of speculation, Maharashtra government under chief minister Uddhav Thackery has declared Aarey forest as a reserve forest. For thousands of environmentalist who have been fighting to save the forest, this is great news. Last September, the state government, headed by BJP, had said that the forest land will be converted to metro car shed. Thackery said that this project will be shifted to a plot in Kanjurmarg. No additional costs will be incurred since the plot belongs to the government.

Thackery also said that the building that has come up at Aarey forest will be used for some public purpose. The news was confirmed by him through a webcast on Sunday. Earlier, the government had announced 600 acres of the forest as reserve which has now been revised to 800 acres. “Biodiversity in Aarey needs to be to conserved and protected. Nowhere is there an 800-acre jungle in an urban set up. Mumbai has a natural forest cover”, said Thackery.

In September 2019, BJP chief minister Devendra Fadnavis had announced that Aarey forest, which is home to over 5 lakh trees and different species of animals, will be demolished for a metro shed project. Environmental activists who thronged the place to stop the axing of trees were detained and moved to different places. Fadavis’ government faced heavy criticism for destroying green space amidst the city which was a sight to behold in the concrete jungle.

Many prominent personalities took to social media to share the exciting news.

“I applaud Uddhav Thackeray-ji for finally deciding on this and saving the Aarey ecosystem, so valuable to Mumbaikars. I grew up in this area and I am very well aware of its value”, tweeted former environment and forest minister Jairam Ramesh.

“No Metro Car shed at Aarey! The Metro car shed will now be at Kanjurmarg. This is a huge win for all those who stood together to Save Aarey”, tweeted actress Shraddha Kapoor.

“This is good news @AUThackeray . For many Mumbaikars of my age, Aarey’s forested area holds many wonderful memories. Not easy but let’s try and preserve at least some of us the city’s green lungs.. need to do more!”, tweeted journalist Rajdeep Sardesai.

“This is such good news! And a big win for people’s movement”, tweeted actress Dia Mirza.