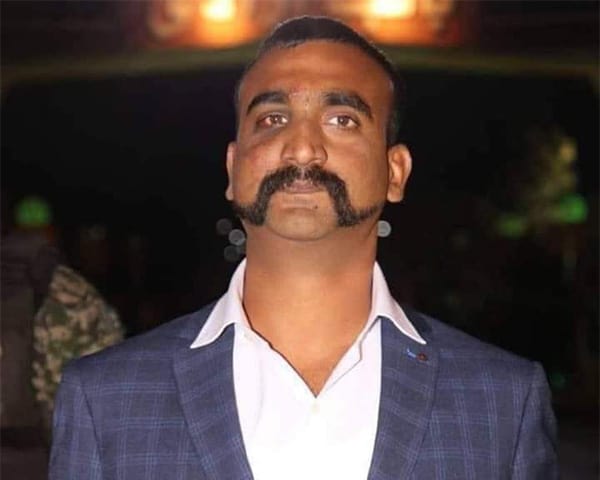 Wing Commander Abhinandan Varthaman will always remain a hero who is etched in Indian history. On the occasion of Indian Air Force’s 87th birth anniversary, Abhinandan flew a MiG-21 Bison aircraft at Hindon air base near New Delhi. Other pilots who took part in the Balakot air strikes also flew different aircrafts.

And this beauty. Bison formation led by Wg Cdr Abhinandan Varthaman. Got the loudest cheer!-SaahilMurli Menghano.

Abhinandan’s fighter jet was shot down by Pakistan earlier this February. In fact, he landed on Pakistan soil after which he was taken into custody by their officials. He spent many hours in Pakistan before being let back to return to India. Abhinandan, who remained calm and composed throughout, received a hero’s welcome upon his return back to India. He had also received a Vir Chakra for his bravery. “Balakot hero wing Commander Abhinandan Varthaman of the Indian Air Force (IAF), who shot down the F-16 jet of Pakistan during a dogfight on February 27 earlier this year, flew MiG-21 Bison aircraft on #AirForceDay parade today”, tweeted Impreet Singh Bakshi, Secretary, Bharatiya Janata Yuva Morcha.