Get-hooked May 4, 2021
Games can be effective in increasing disability awareness in children and foster greater understanding and sensitivity towards disabled people. Trinayani, a non-profit that spread awareness about inclusion has launched a disability game that is played with cards. It is also an inclusive game that can be played by children and adults, disabled and non-disabled people.

Changing attitudes towards disability is not easy, but when done through games has a lasting impact. That’s the concept behind the Disability Awareness Game Kit, a disability game launched by non-profit Trinayani.

What is the Disability Awareness Game Kit?

This disability game in played with a set of cards and can be played many times. The games kit comes packed with facts and an answer booklet that shatters commonly held stereotypes about disability and disabled people.

The disability game was fine-tuned after over two years of research. It also involved a pilot study in schools and colleges in Mumbai, Bengaluru and Kolkata. After this inputs were taken from play therapists, teachers, parents, special educators, and children.

By making this an inclusive game, the aim is spread awareness about disability and lead to “smarter, kinder and wiser” kids, hopes Trinayani founder Ritika Sahni, who is a trainer and consultant with over 30 years’ of experience in disability inclusion. Sahni worked on developing this disability game with education specialist Padma Shastry Rao. The kit aims to equip children with knowledge regarding the language associated with disability, shatter disability stereotypes and develop awareness about the everyday barriers disabled people face. 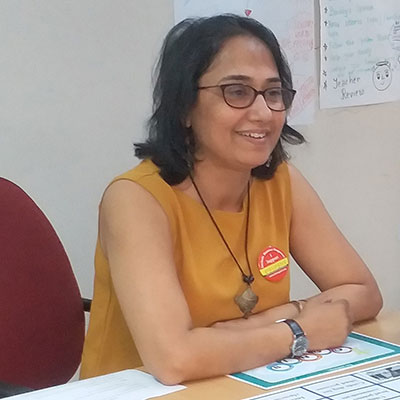 Schools are actively becoming more inclusive, and the character of the classroom is changing. Teachers and students are already interacting with students with learning disabilities. However, a segment of the population that has so far been invisible and underserved, especially students with visible disabilities are also joining the general education stream. While the games are played in the spirit of togetherness and healthy competition, with the intention of WINNING, the players very subtly and with repeated iteration get familiarized with various facets of the world of persons with varying abilities. – Ritika Sahni, Founder, Trinayani 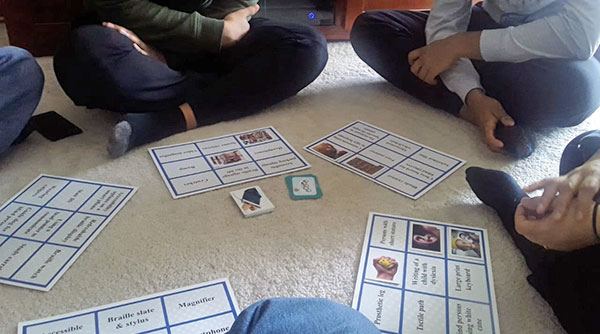 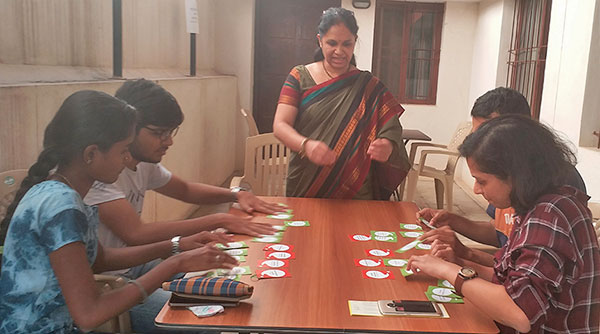 Rao had used card games to teach grammar and other academic skills to children with mild and moderate disabilities while working in government schools in the United States. “I figured disability awareness too could be similarly gamified” she says, calling this type of disability game a new concept. An inclusive game of this kind, she believes, is effective in addressing disability stereotypes, to “highlight ability rather than disability, possibilities rather than lack, solutions rather than constraints and to create normalization in place of ‘otherness’.”

The key to spreading disability awareness in children is to catch them young. An accessible game like this one that is also an inclusive game is effective in reinforcing a change for good. The game can be played in schools and colleges and even in offices and among families.

Check out this unboxing video on the Disability Awareness Game Kit:

“It is important to influence the ideas of young children, since these nascent ideas will be internalized strongly by adulthood”, adds Rao. “If they are given the right information at this age, an entire generation will grow up appreciating the humanity and strengths of people, rather than focusing on disability”.

This inclusive game can be played multiple times, just like any other card game. Sahni’s original plan was to share this disability game with schools to ensure it reached the largest number of children and adults. With schools shut down in the current lockdown scenario, that’s ruled out. She is now offering online workshops using the disability game as a resource tool. The first session will be with Puducherry-based Satya Special School, which teaches children with intellectual disabilities. Twenty-five teachers of this school have been sent the game kits ahead of the session.

Sahni is also reaching out to individuals and families given the current focus on learning within the family unit.

To know more about this disability game, click here.