For 20-year-old Aditya, every day is Autistic Pride Day 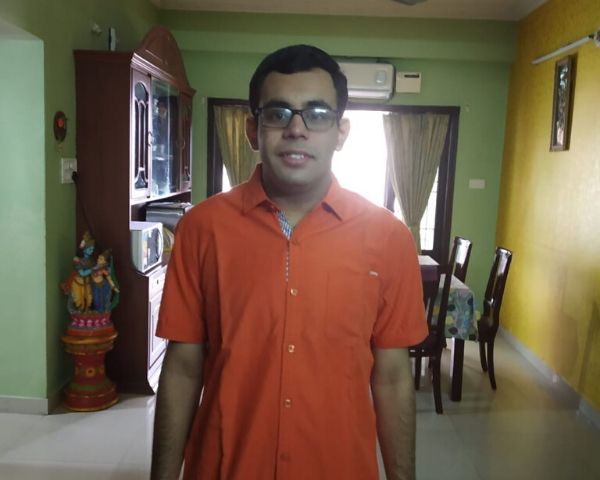 In our month long feature #CelebrateAutisticPride, today we have 20-year-old J Aditya from Hyderabad. Aditya, a youngster who was diagnosed with autism at the age of two, has found ways to empower himself. Today, he works as an office assistant with a pharma company called SV Marketing since December 2018. Aditya’s journey to becoming an independent young man was supported by his parents.

When Yamini and her husband had twins, they were super-excited and thrilled. The couple had a boy and girl, and wanted to make sure that they give them the best. But they were in for a shock after two years when their son Aditya was diagnosed with autism. Since then, they were determined to stand by their son to empower him in all possible ways. Thanks to the will-power, patience and confidence of these parents, Aditya could reach for the stars. Read on to know more about his journey.

Yamini could easily identify that Aditya had certain developmental problems because he had a twin sister whose milestones were perfect. Aditya was not responding very well or communicating like kids his age would do. The family lived at Doha in Qatar during that time. Yamini decided to fly back to her home town in Hyderabad with Aditya to know the exact reason why her son behaved that way.

Aditya was diagnosed with autism at NIMH in Hyderabad. It was quite shocking and disheartening to me. But when I returned back to Qatar, my husband, who works as a chemical engineer, was very supportive. Together, we decided to empower our son. During that time, in the year 2002, there was no awareness about autism at all. Today, there are wider platforms like WhatsApp and so on through which parents could connect with others which makes it easier for them. – Yamini, Aditya’s mother

The young boy was admitted to a play school along with his sister and other children. But after class 1, academics started becoming quite tough for him. Yamini took a call to move back to Hyderabad so that her son can get better coaching. It was not easy to find a school that admitted a child with autism. There were hardly any inclusive schools.

But Aditya finished his class 10 from NIOS. He later completed an 18 month course of ability enhancement multi-media program by AIMS Media in New Delhi.

“Aditya can do simple designing works like making a basic business card. All those are indeed big things for us. He has come a long way”, says Yamini.

Yamini remembers that ever since a young age, Aditya wanted to earn a living on his own. He used to look in awe at his cousins who were employed with different companies. “He always used to tell us that he will grow up and start working on his own. We are glad that he could do it now”, says Yamini.

At SV Marketing where he is currently employed, Aditya works primarily in the packing section. He loves his job and has also learnt to behave and interact with his colleagues. He hopes to serve his company in a better way in days to come.

“He loves going to work. It has been over one and half years since he has been part of the firm. His boss is like a family member to us, so he is attached to the place too”, he says.

From a very young age, Aditya has shown interest in music. Yamini, who was a music teacher, made sure to introduce both her children to the world of music. She recollects that Aditya used to communicate better through music during his early years.

He has been learning music for the past ten years now. Aditya performed his first Carnatic music concert on 2 April 2016 on World Autism Awareness Day.

Aditya has also performed at various concerts and won prizes too. He also got a distinction course in Carnatic music conducted by Potti Sriramulu Telugu University. Last year, the youngster competed with youngsters without disabilities to take home a few prizes!

“I always tell to myself not to lose hope. This is what I would like to tell other parents of children who have autism. Your hard work is going to give you results. The last few years have been promising for me when I see Aditya’s growth”, says Yamini.

“Most of the people around me have always been kind and gentle. They have understood my needs. I believe in following my dreams and that is what I have done”, says Aditya.