Aditya Tiwari, who adopted a Down syndrome child, to get ‘World’s Best Mommy Award’ 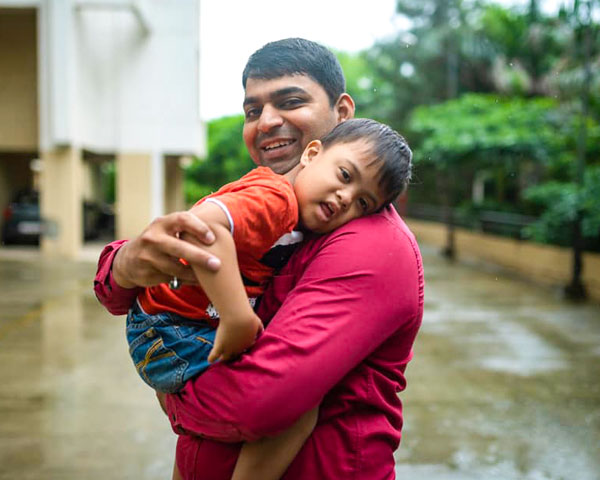 The story of Aditya Tiwari from Pune, who adopted a child with Down syndrome went viral on social media last year. Aditya’s inspiring account went viral after he shared it on Facebook. On 8 March, Aditya will receive the ‘World’s Best Mommy Award’ at an event in Bengaluru.

The story of Aditya Tiwari, who adopted a child with Down syndrome, had gone viral on social media after Aditya shared this on Facebook. The story of how he played a part in shutting down an illegal orphanage and adopting a child called Avnish with Down syndrome won many hearts. On 8 March, Aditya will be honoured with the award for World’s Best Mommy by Wempower. The event will be held at Bengaluru to mark International Women’s Day.

Aditya shared his story on The Humans of Bombay Facebook page in September 2019. His first meeting with Avnish happened when he went to an orphanage to distribute sweets on his father’s birthday. That is when he saw Avnish, who was hardly a year old, lying on the bed in a corner. Upon asking the warden, she told that such children were paagal (mad) and would die soon.

When I went home that night, I couldn’t stop thinking about him. About how he’d be alone the whole night, and was just left to die. So I went back to the orphanage and asked if they’d let me adopt Avnish. They laughed and said that a bachelor, younger than 30 had no right to adopt- Aditya Tiwari, Adopted a child with Down syndrome

But Aditya did not leave it there. He was determined to give a new lease of life to Avnish. He visited the orphanage more often to spend time with the little boy. Soon, an agitated orphanage staff moved Avnish to another orphanage in Bhopal. Aditya researched adoption laws and started visiting Avnish at Bhopal every weekend.

Soon enough, Aditya realised that most of the kids at the orphanage, including Avnish was undocumented. That means, they were at the risk of child trafficking or organ trade. As soon as he filed a police complaint, Aditya started getting threatening calls.

As a ray of light, the local welfare minister responded to Aditya and expedited the process of adopting Avnish. Ever since then, young Avnish has been the sunshine in Aditya’s life since the year 2016.

“Today, it’s been a few years and now Avnish even goes to playschool! He calls me both mumma and papa, because mostly he sees mom’s coming to pick their kids up at school. When I go to work, he stays at daycare and at night we play and read. He’s the best thing that’s happened to me, he’s my world, he’s my son and together, we’re going to make this life, a special one”, says Aditya.

A much deserved award

In a world where even many biological parents are hesitant to acknowledge their child may have a disability. Aditya shows the real path to empowerment.

Aditya even quit his job as a software engineer to spend time with Avnish. Today, he holds motivational talks and speeches for parents who have children with disabilities. Avnish accompanies him everywhere! They have covered over 22 states to hold meetings, conferences and workshops. The United Nations has invited the father-son duo to participate in a conference to throw light on how to bring up children with intellectual disabilities.

The award ceremony on 8 March will be held at Orion Mall at Malleswaram in Bengaluru. Apart from Aditya, Supriya Jain, Dr Alomo Lobo and Jeeja Ghosh Nag will also receive awards. Pune-based writer, comedian and disability rights activist Sweta Mantrii will perform at the event.