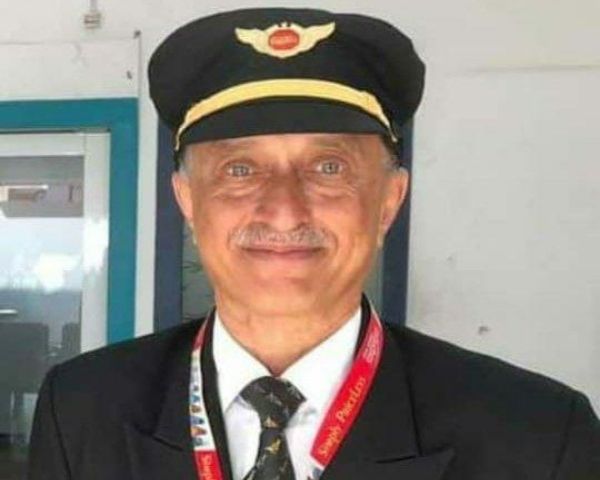 Survivors of Friday’s plane crash in Kozhikode, Kerala have praised the aircraft’s captain, who was killed, for helping save their lives. Wing Commander Deepak Vasant Sathe, who was killed along with the co-pilot, used his presence of mind and switched the engine off. This prevented a fire after the accident. His co-pilot First Officer Akhilesh Kumar, 32, had been married for just a year.

He and Captain Deepak Sathe, tried landing twice at the Kozhikode airport but eventually sacrificed their lives to save 100s of passengers. Condolences to their family.

Eighteen people were killed and over 100 injured when the Air India Express passenger plane bringing Indians stranded by the coronavirus pandemic back from Dubai overshot the runway in heavy rain.

The Dubai to Kozhikode flight was carrying 190 passengers and crew, including 10 babies. Survivors said the brave pilot and local residents averted a major tragedy. People rushed to the spot and retrieved them before help came in. They entered the plane ignoring the smoke and minor fire.

Wing Commander Sathe was an ace Indian Air Force (IAF) fighter with a 22-year career. Sathe, who was 59 years old, was awarded the prestigious Sword of Honour in recognition of his skills when he graduated from the Air Force Academy at Dundigal near Hyderabad in June 1981.

“It was raining heavily. The pilot had given a warning before landing saying the weather was really bad. He tried for safe landing twice but lost control. The aircraft shot off the runway and skidded off and it broke into two pieces. It was a miraculous escape for many,” said V Ibrahim, one of the passengers who survived with minor injuries.

Addressing the media after visiting the crash site today, Civil aviation minister Hardeep Singh Puri offered “heartfelt condolences” to the families of the 18 people who died and announced ₹ 10 lakh compensation to families of those killed, ₹ 2 lakh for those seriously injured and ₹ 50,000 for those with minor injuries.

He also said here should be no speculation about the accident.

I will encourage all to exercise patience and refrain from making speculative observations bordering on the irresponsible. Again to emphasize, all the issues were addressed & rectified. In case of Kozhikode accident, an enquiry has been ordered under Aircraft Act, black boxes of flight IX-1344 have been recovered. Findings of this investigation will be made public. – Hardeep Singh Puri, Civil Aviation Minister

The Flight Data Recorder and the Cockpit Voice Recorder of the plane will be analysed in New Delhi. This is India’s worst passenger aircraft accident since 2010, when another Air India Express flight from Dubai overshot the table-top runway at Mangalore and slid down a hill, killing 158 people.

Over 300 doctors have died of Covid in India