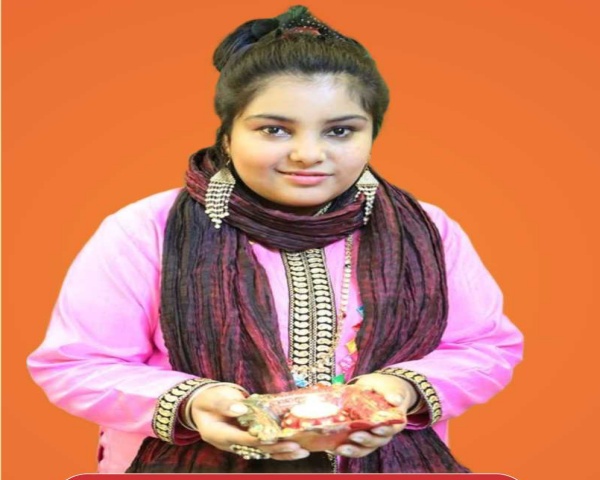 With 10 music releases, three National awards and two Limca Book of Awards to her credit, Benzy Kumar’s singing talent have won her appreciation from many quarters, including music legends.

When she was just a one month old baby, doctors said Benzy Kumar would be “little more than a vegetable”. Cruel, insensitive words still used to dismiss many people with disabilities. Benzy’s parents, however, refused to accept this and looked for ways to connect with their child.

An attack of meningitis a few days after birth left Benzy with partial paralysis. She was also diagnosed with autism.

Benzy would not respond to her parents’ voices or toys. The turning point came when she was seven months old, and mother Kavita Kumar found Benzy’s eyeballs moving to the sounds of a musical toy.

The discovery thrilled Kavita and she started linking her daughter’s daily routine to music.

In autism there is the quality of repetition in children and the more you listen to music and the more you sing, the same results. I realized that major improvements in my daughter’s life would be due to music. I began linking music to Benzy’s daily routine, whether she was being fed or bathed or put to sleep. I did a lot of research on basic raagas and used this as therapy in Benzy. Gradually, she improved. – Kavita Kumar, Benzy’s mother

The Kumars saw that Indian classical ragaas had a therapeutic effect.

“For four years we used to recite the Mahamritynjay mantra and Gayatri mantra before Benzy went to sleep and when she would wake up”. There was a distinct change seen on days when they would not play the mantra. “When we would wake her up without chanting the mantras, she would be hyper and disturbed all day”.

Kavita, a trained classical singer, started giving Benzy lessons. This led to her voice becoming stronger and melodious. She recorded her first audio cassette Basic Raagas when she was just nine years old. “Though she cannot converse, she can express herself through music”, says Kavita.

Today Benzy has 10 audio releases to her credit. One of them, Koshish was presented by Hrithik Roshan. She also won her First National Award in 2004 when she was 10. This was followed by two more national awards in 2006 and 2014.

That’s not all. The All India Radio has graded her as their permanent artist and she has given over a thousand performances in India and abroad, including London and Singapore.

The highlight for Benzy was when her recent album Aashayen was presented by legendary singer Lata Mangeshkar. One of her songs has also featured in an international album called Songs of the Disabled Underground Vol. 3. Benzy is the only artist from India selected for this album.

Although she does not realise it, Benzy is imparting her musical gifts to other children with disabilities. She is a full-time teacher at a music school her mother has opened for disabled children.

In Benzy’s story, says Kavita, lies a larger message for parents with children on the autism spectrum. “Do not think of your children as a waste. Instead give them the best quality of life and give them love. Find the one thing that makes your child happy and help her grow”.