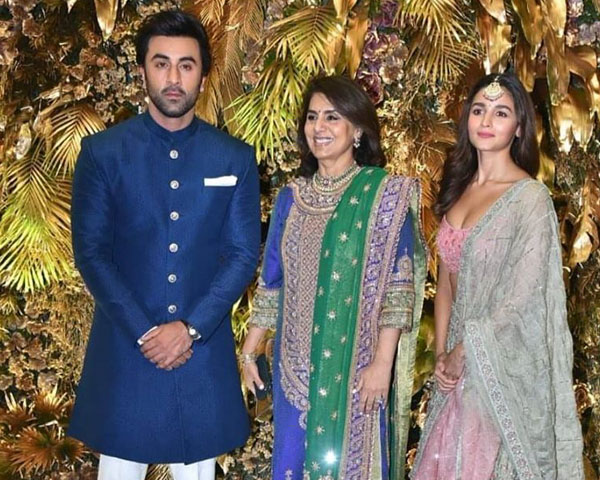 Star couple Alia Bhatt and Ranbir Kapoor are likely to marry in December this year according to newspaper reports. The couple are planning a wedding after their film Brahmastra hits theatres on 4 December.

Directed by Ayan Mukerji, Brahmastra is Alia and Ranbir’s first film together. “Alia and Ranbir Kapoor are set to tie the knot in December this year, not long after the release of Brahmastra on the 4th of that month,” said the Open Magazine article.

The article also stated that preparations for the December wedding have begun in the Bhatt and Kapoor households. Relatives of Alia and Ranbir have already been informed about the wedding date said the report.”Preparations are already underway; their extended families have been asked to mark off those dates to join in the celebrations.”

Last year there were reports that Alia Bhatt had placed an order with designer Sabyasachi for her wedding lehenga. Alia recently accompanied Ranbir and his mother Neetu Kapoor to a celebrity wedding reception. She also flew to Delhi to visit Rishi Kapoor, who was in hospital briefly.

In an interview to newspaper The Telegraph last year Alia’s father Mahesh Bhatt said that he loved Ranbir. “I love Ranbir… he’s a great guy. What they do to their relationship is something they’ll have to figure out. Whether it’s heading towards that port called ‘marriage’ — which is an institution that needs to be questioned in the second decade of the 21st century — is something for them to figure out,” the filmmaker had said.