A perfectionist, music means the world to 21-year-old Alvin Jerson from Kerala 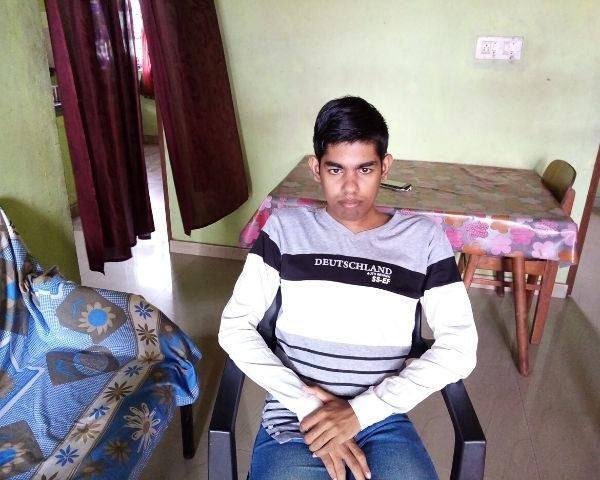 Alvin Jerson, 21 years old, was diagnosed with autism when he was three years old. This youngster is a passionate singer and has won prizes for his talent. His parents Jerson and Sindhu are his biggest supporters.

Jerson and Sindhu from Kochi have no words to describe their love for son Alvin. This youngster who is now 21 years old was diagnosed with autism at a young age. Both parents have always stood by him. A passionate singer, Alvin Jerson’s beautiful voice and perfect rendition of songs will surely woo any listener. He is currently a class 10 student at the Navajeevan Special School in Kochi. As a 21-year-old, Alvin does not have too many dreams, but hopes to become a renowned singer when he grows up.

Jerson was working in the Gulf till Alvin was three years old. That is when he was diagnosed with autism. Sindhu noticed that their son was non-verbal and was also having a few other issues which was not normal for a child of his age. She consulted him to a nearby hospital and his diagnosis came in fast too. Even Jerson returned back to Kerala by then.

We were completely unaware about what autism was. But then, we decided to not let him down. Alvin is extremely smart, maybe more than us. He does things differently, that is all- Jerson, Alvin’s father.

The couple decided to have only one child so that they could give Alvin, who is also hyperactive, all their attention.

Alvin was put in a special school nearby to their house. That is where the parents realized that their son could sing exceptionally well. “One of the teachers told us that he used to hum very well. Soon, in spite of being non-verbal, he sang. The teacher was surprised and informed us that he sings beautifully. His musical journey begins from there”, says Sindhu.

Jerson remembers that from childhood, Alvin used to listen to songs. Alvin used to go to bed only if Sindhu played some songs. Being someone who grasps information very fast, Alvin can remember lines of songs very easily which is one of his best skills.

Alvin loves to sing songs from all languages. But most of it includes Malayalam, Hindi and Tamil. This youngster singing old Kishore Kumar melodies will woo the listener!

Alvin’s parents say that giving him therapies from a young age did help to an extent. “Alvin is a perfectionist and that can be seen clearly in the way he sings songs”, says Jerson who is proud of his son.

Sindhu says that over the years, she has noticed many parents of children with disabilities who care less for their disabled child. “I still don’t know how some parents can do that. Alvin means the world to us. It is important to see your child beyond their disability. We have only encouraged and supported Alvin in his journey”, she says.

Alvin is currently pursuing his class 10 at Navajeevan Special School in Kochi. His exams have been postponed due to lockdown.

Alvin is not too social and his cousins are his best friends. But the family knows one thing, that he is definitely going to pursue music and maybe reach big heights!