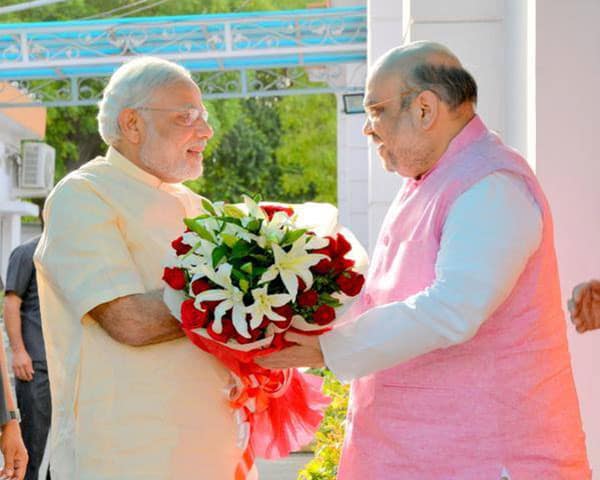 Last week, at an event held at Gandhinagar, Union Home Minister Amit Shah made a statement that introduction of the term ‘Divyangjan’ by Narendra Modi was his biggest gift to people from the disabled community. His latest statement did not go very well amongst members from the disabled community who have already been protesting against usage of the term. This is the focus of our #StoryOfTheWeek.

Last month, the United Nations Convention on the Rights of Persons with Disabilities (CRPD), in their 22nd session, said that the term Divyang is controversial and hurtful to many people from the disabled community. The term was coined by Indian Prime Minister Narendra Modi soon after he came into power in the year 2014. Now, Union Home Minister Amit Shah has backed Modi. His latest statement saying that the term Divyang is Modi’s biggest gift to people from the disabled community has sparked controversy yet again.

While speaking at a function in Gandhinagar last Friday, Shah further added that their government had reached out to over 14 lakh people in their first term. The number will go up to over 30 lakh in the next five years. Shah assured that the BJP led central government will ensure all the facilities for people from the disabled community as well.

The recent UN committee has also stated how the term ‘Divyang’ is inappropriate. India has a commitment to national and international communities that needs to be adhered to. Though Modi is head of the government, he cannot make such a statement without consulting members of the community especially when majority of the disability sector is against the usage of this term. The government is clearly incorrect in using such terms. Amit Shah is also not an expert who can make such a statement like this-TMN Deepak, Founder, 3 December Movement.

Until a few years back, apang, which means physically handicapped was the most commonly used term for people with disabilities. This later changed to ‘divyang’ after Modi came to power. Shah claims that the term had made the world look at people with disabilities in a positive light. But disabled community members do not agree.

Nipun Malhotra, disability rights advocate says that coining the term ‘Divyangjan’ is definitely not something that the government can be proud of. “I feel PM Modi’s biggest gift for the community during his last term was introduction of the Rights of Persons with Disabilities Act, 2016 and ‘Accessible India’ campaign, though both were not fully implemented. What is happening now is that our politicians are still stuck in charity mode where they think a person with disability needs help. That is why such terms become popular amongst them. I would rather suggest to look into the positive things that the government has done”, says Malhotra.

Speaking at the event where he was distributing assistive devices to people with disabilities, Shah assured that the central government has many projects in their pipeline for members of the community.