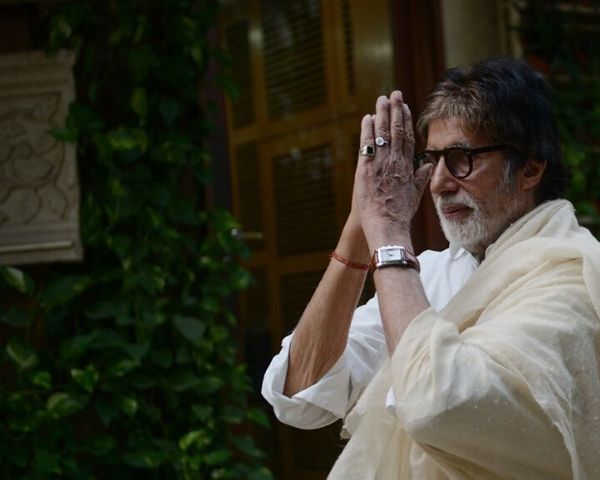 After Sonu Sood, Bollywood’s superstar Amitabh Bachchan has come to the rescue of hundreds of migrant workers. Bachchan arranged four special flights on Wednesday and two on Thursday to transport migrant workers from Mumbai to their homes in different parts of North India. Reportedly, nearly 1000 migrant workers reached their homes safely. The flights were to Allahabad, Varanasi and Gorakhpur. Bachchan received a lot of praise for his heart-warming gesture.

There were reports that the superstar tried to arrange for trains, but that did not work out due to certain reasons. Bachchan was also instrumental in arranging buses to migrant workers to Varanasi, Bhadohi, Allahabad and other places in Uttar Pradesh.

The actor collaborated with Rajesh Yadav of AB Corp Ltd to flag off the initiatives.

Sonu Sood had also arranged flights and buses for migrant workers during lockdown. Earlier this month, he had arranged a special flight for 177 women from Kerala to reach their home towns in Odisha. These women were stuck in Kerala due to lockdown with no work.

India’s migrant workers were the most affected due to lockdown since many were stranded in cities. They were unable to go home because of lack of public transport. Thousands of them walked back to their homes which were far away from where they worked. Many died on the way too. The central and state governments received a lot of criticism for not reaching out to migrant workers during time of need.

Bachchan’s fans were truly overwhelmed with his kind gesture.

“I thanked you from bottom of my heart as today my family reached safly to Prayagraj because of your extraordinary Effort by Indigo flight from BOM TO IXD”, tweeted Rizwan Ahmad.

“Very true. Hats off to d silent contribution made by u for d safe being of d migrants. Arrangement of 10 buses n 4 flights to ferry d stranded migrants”, tweeted a social media user Shruti.