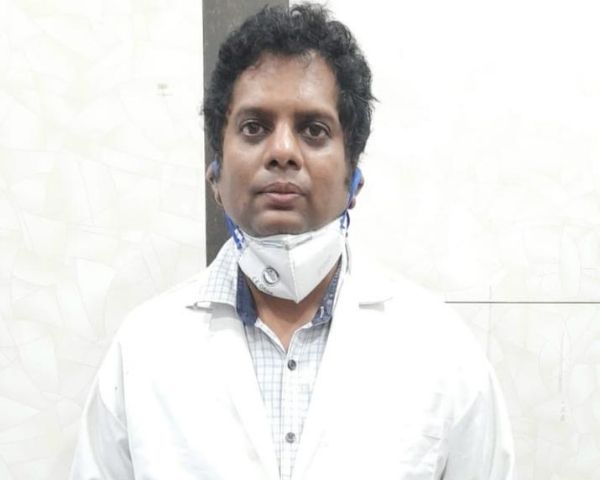 Surgeon Lieutenant Anan Jaiswal, a retired Indian Navy officer, has been denied disability benefits by the Indian Navy. This is even after an Armed Forces Tribunal ruling in his favour. Dr Jaiswal is currently working as a pathologist at a Goa clinic and says the Navy is throwing up different reasons to stall the disbursal of disability benefits to him and many other disabled retired officers.

A pathologist at a Panaji clinic, Surgeon Lieutenant (Retired) Anan Jaiswal was an Indian Navy doctor in 2009 when he contracted chicken pox from a patient. Complications followed and Dr Jaiswal was subsequently diagnosed with motor neurone disease.

“The condition affected the lower and upper limbs on the right side, and I found to hard to climb stairs or do anything that required exertion”, says Dr Jaiswal. “For a few months I found it hard to even hold a pen”.

Dr Jaiswal refused to resign as that would mean he would be denied disability pension. “But the Navy did not want to give me a voluntary discharge and I refused to leave. There was a lot of pressure to resign and for a while I held strong”.

Eventually, he gave in as he found it hard to do certain tasks given his condition. The Navy denied him disability pension and Dr Jaiswal says he was too busy to challenge this. “I was focused on getting an MD and picking up the threads of my career. I got busy and could not chase my dues”.

After getting an MD, Dr Jasiwal filed a case with the Armed Forces Tribunal which ruled in his favour. The order said he was entitled to disability pension as he had acquired the disability on duty. The order was given on 16 December 2019.

The Armed Forces Tribunal was clear that I was entitled to the disability pension benefits as the condition was incurred during duty. My main concern in going to court was getting medical benefits not so much the pension. The court told the Indian Navy to implement the order in four months and that has still not happened. – Dr Anan Jaiswal, Former Indian Navy doctor

Dr Jaiswal has been running around since then for the benefits. “The Navy is throwing up different reasons for not implementing the court order. First they cited Covid-19 as an excuse but I found out they had bungled matters by not collecting the judgement and implementing it”.

A subsequent RTI revealed the Navy gave another reason to the Prime Minister’s Office (PMO) where Dr Jaiswal had filed an appeal. “They also blamed the Naval Pension Office (NAVPEN) for not responding while to the PMO they put the blame on Covid! Without the disability pension I will not get medical benefits. I need this as in Goa private doctors are not getting any benefits from the government if they fall sick”.

“The Navy is reluctant to implement the order of the Armed Forces Tribunal”, says Advocate Kumar, who practices in the Bombay High Court. “The point is that the tribunal’s orders are based on a Supreme Court judgement and have been implemented by the Indian Air Force and Indian Army. Only the Indian Navy seems to be reluctant”.

Dr Jaiswal has again appealed to the PMO to intervene saying that the denial of benefits to retired disabled officers is a violation of Article 14 of the Constitution.