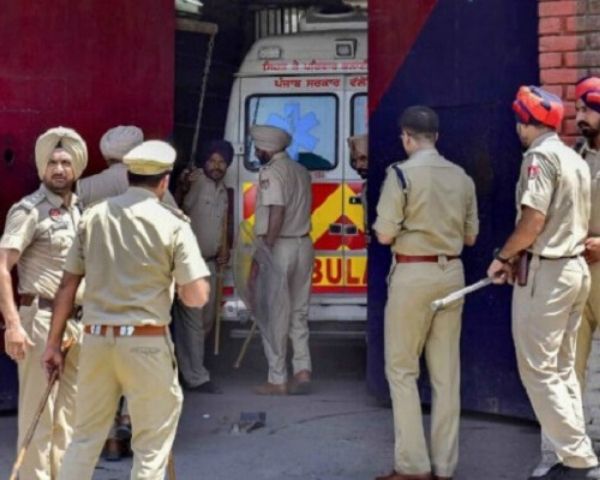 Punjab is one of the worst affected states in India due to spread of COVID-19. The state ministry has ensured for a strict lockdown across the state which has been extended till 1 May. On Sunday morning, a group of people attacked a police officer who was trying to put the lockdown in place. Reportedly, the officer’s hand was chopped off and two other policemen were injured in the attack. The incident happened at a vegetable market at Patiala. This latest incident against a police officer has sent shock waves across the country.

All Punjabis have been co-operating & helping Punjab fight the battle against #Covid19. However, a few miscreants, as in today’s unfortunate incident in Patiala, who are putting everyone at risk, will be dealt with a heavy hand. Issued strict directions to DGP. Sharing my views- Capt Amarinder Singh, Chief Minister of Punjab.

Later in the day, Singh tweeted, “I am happy to share that a 7 1/2 hour long surgery has been successfully completed in PGI to repair the severed wrist of ASI Harjeet Singh. I thank the entire team of doctors and support staff for their painstaking effort. Wishing ASI Harjeet Singh a speedy recovery”.

The victim, Harjeet Singh, is an assistant Sub-Inspector of Police. He was taken immediately to the hospital where he was operated by a team of expert doctors.

According to police, ‘Nihangs’, a religious group, is behind the attack. They have been breaking public property including barricades that have been kept at various parts of Patiala. The attackers were carrying swords and knifes as well. Reportedly, they surrendered after a few hours. All the nine people involved in the attack have been arrested.

“Grateful to PGI for full support. Director PGI tells me that surgery has already started by 2 senior surgeons who will do their best. All of us praying to Waheguru for his full recovery!”, tweeted DGP Punjab Police.

“Shocking ! Cut off the hand of a cop enforcing the lockdown in Punjab . Exemplary action should be taken”, tweeted Dr Shamsher Singh IPS.

“Barbaric. The moment few sick beasts attacked Punjab Police in Patiala and cut off left hand of an ASI Harjeet Singh after breaking Police barricades in lockdown. Attackers fled from the spot and are hiding in Gurudwara. Efforts are on to arrest. This is ATTEMPT TO MURDER 4 cops.”, tweeted journalist Aditya Raj Kaul.