Autism gives me the ability to do things in a different way, says Anirudh Hattangadi 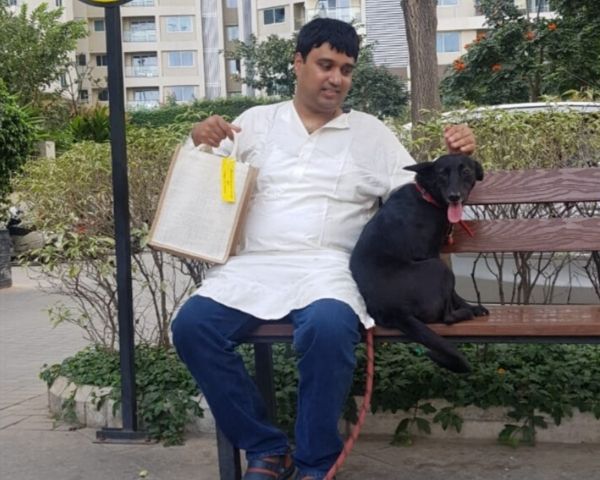 18 June is celebrated as Autistic Pride Day across the world. This special day celebrates individuals from the autism spectrum disorder who have done themselves proud by working, earning and living independently. Our month-long feature #CelebrateAutisticPride brings to you stories about such individuals. Today we have Anirudh Hattangadi from Bengaluru who works with leading MNC Accenture.

No matter where you’re from, your dreams are valid. This quote from Lupita Nyong’o tells why every person has the right to dream big. Anirudh Hattangadi, 35 years old, was diagnosed with autism at a young age. His growing up years were challenging. But that did not stop this youngster from dreaming of earning a job and living independently. Today, he works with Accenture in Bengaluru and has been an integral part of their team for the past four years. Anirudh’s journey proves that nothing is impossible to youngsters with autism.

Anirudh is the only child to his parents Vina and Ravi Shankar. He was born at Chitradurga, a small city in Karnataka. Anirudh’s birth was a time for celebration as his parents were excited to welcome their first born. But soon, they started noticing that he was missing certain developmental milestones. He spoke clearly, but the manner of communication was different.

Since Anirudh was our first child and we never really had many children in both our families, we did not know in detail about developmental milestones of children. But Anirudh’s pediatrician was alert. She noticed changes in him faster than we did. Anirudh was diagnosed with autism when he was around two and half year’s old. – Vani Shankar, Anirudh’s mother

Ravi Shankar worked in a bank and would get transferred frequently. Anirudh’s growing up years were spent largely in North-East India and the family later moved to Bengaluru to give Anirudh better opportunities.

Anirudh studied in mainstream schools across India and later did his graduation in commerce. He is fluent in Hindi and English and well versed in Sanskrit too.

Vani says that from a very young age, Anirudh wanted to earn and live independently. He worked part time while doing his B.Com. This included stints with companies like SAP Labs. He handles projects and is really good at it. Anirudh loves to go to office. Due to the lockdown, he has been working from home and is waiting for work to resume like before.

“Anirudh is really good with handling people”, says Vani proudly. “In fact, he knows how to handle money also really well. He is very careful when it comes to spending his hard-earned money”.

Vani and her husband are proud of what their son has achieved in spite of his disability. They believe that taking care of a child with autism is an interesting yet challenging journey. “If I had another child with autism, I would have dealt with that also. Now I know what the condition is all about. My son can take care of himself”, she says. Thanks to a supportive husband, Vani’s journey as a mother of a child with autism only got better.

Anirudh says that autism is just a condition. “People with autism can achieve anything. Autism is just a different way of thinking and doing things”, he says.