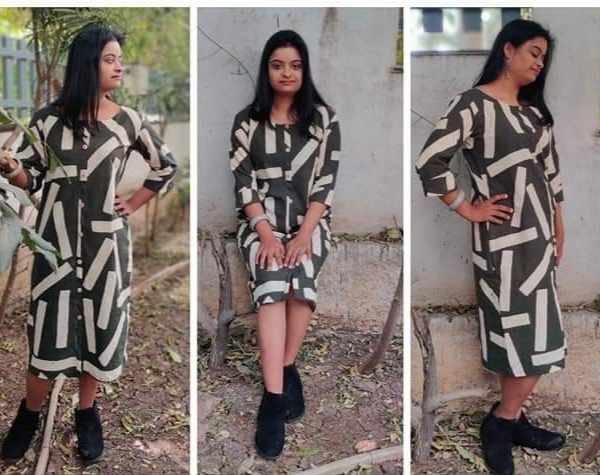 Anita Menon, who has down syndrome, recently modelled for Pune based apparel brand Hasthkari. Her photos have gone viral on social media for all the right reasons with people lauding Hasthkari for inclusion. Undoubtedly, Hasthkari is one of the few Indian brands that have turned inclusive by having a model with a disability.

Anita Menon was diagnosed with Down syndrome at a very young age. But this youngster has ensured that a disability does not stop her from dreaming big. Anita, who has always aspired to become a model, did her first ever photo shoot for Pune based Hasthkari last week. Photos of Anita wearing Hasthkari’s amazing Indian ethnic wears have gone viral on social media with many people sharing it. Alka Singh, Founder of Hasthkari has always believed in breaking stereotypes and that is one reason why her brand stands out from the rest. Both Anita and the team at Hasthkari are super excited after the many applauses they have been getting.

Alka says that Hasthkari has always believed in having models that people see in everyday lives. Like how she points out, beauty is more about what people are and how they express themselves. So when Anita’s mother Usha Menon approached Alka with Anita’s portfolio, Alka did not have to think twice.

99 percent of people we see around do not look like our conventional models. So my brand has models that are more relatable. Anita is a beautiful girl who wants to do so many things in life. When Usha told me about Anita and her dream of becoming a model, I instantly knew I wanted her to model for my clothes.  I did not even have to see her photos. I don’t believe in the term inclusion, Who are we to include or not include?-Alka Singh, Founder, Hasthkari.

Ever since the images were posted on ‘Hasthkari’s Facebook page, they have been going viral for all the right reasons. Alka says that response is great and people are lauding the clothes too. “Our real heroes are people who are underprivileged or have beaten obstacles in life to do what they love. They are the kind of people I would love to see as my brand face”, she says.

Usha says that Anita has been in cloud nine ever since her first photo-shoot for ‘Hasthkari’. “This is her first modelling assignment. Though she has walked the ramp for brands, she hasn’t done anything like this. When I approached Alka, she did not even think twice before giving Anita an opportunity. Anita has always aspired for a career in modelling. We hope she can reach there soon”, says Usha.