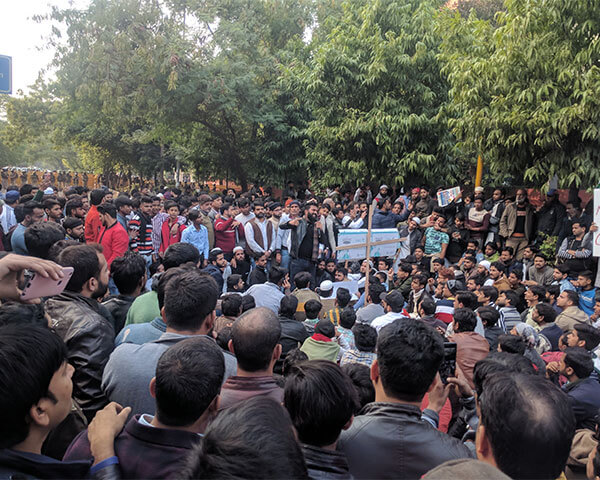 The chief of the Indian Army Bipin Rawat has criticised the violence during protests over the Citizenship Act. General Rawat, who is due to retire on 31 December, has spoken out against the massive nationwide protests against the Act for the first time. He said “leaders are not those who lead masses in arson and violence”.

Speaking at an event in New Delhi, General Rawat said, “Leadership is all about leading. Therefore what is so complex about leadership, if it’s all about leading? Because when you move forward, everybody follows. It is not that simple. It appears simple, but it’s a very complex phenomenon”.

The outgoing chief said that leaders are not those who lead people in wrong directions.

Even amongst the crowd you find leaders… But leaders are those who lead people in the right direction. Leaders are not those people who lead people in inappropriate directions, as we are witnessing in a large number of university and college students, the way they are leading masses of crowds to carry out arson and violence in our cities and towns. This is not leadership” – General Bipin Rawat, Chief, Indian Army

Meanwhile, some BJP leaders have expressed concern over the scale of the protests. While they had been prepared for some anger from Muslims, the widespread protests across cities have taken them by surprise.

The BJP party members and the government is seeking support from allies to end the crisis.

“I really did not see the protests coming… not just me, other BJP lawmakers were also unable to predict this kind of anger,” said Union Minister Sanjeev Balyan to a wire agency.

While there is no threat to the BJP, Prime Minister Modi‘s reputation as a master strategist has taken a beating.