Ashutosh Panigrahi was diagnosed with autism late, but is leading the path to empowerment 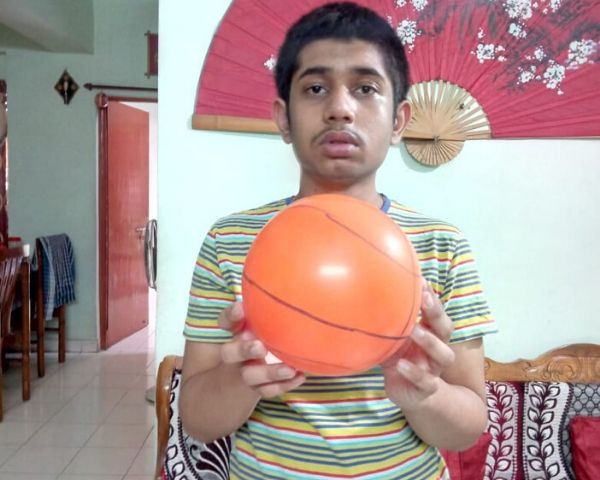 Ashutosh Panigrahi is a 13 year old singer from Jamshedpur who was diagnosed with autism very late in life. He is currently studying in class 8 at a regular school in the city. In spite of a late diagnosis of autism, Ashutosh is slowly leading in the path to empowerment. Read on to know more about his journey.

13-year-old Ashutosh Panigrahi, an arts enthusiast, loves to sing. This youngster was diagnosed with autism very late at the age of nine. Therefore, his daily life struggles are more than most young boys of his age who were diagnosed with the disability. Ashutosh beats many challenges every day. But his love for music knows no boundaries. He even plans to pursue a career in music.

Ashutosh currently lives at Jamshedpur. His parents Niveditha Panigrahi and Vishwajit Panigrahi have always been doting parents to their only son. Ashutosh was born in Jaipur. The family later moved to different cities before settling down at Jamshedpur.

From a young age, Ashutosh has been showing symptoms of autism. This included lack of eye contact, repetitive behaviors and other developmental milestones. During his initial growing up years, the Panigrahi’s were in Shillong. Ashutosh refused to mingle with other children and confined to himself most of the time. The family thought that this was because of lack of friends around him. Soon after moving to Jamshedpur, they decided to take clinical help for Ashutosh.

We took him to a few doctors including ones at NIMHANS. But all that was too far for us. Undoubtedly, it was difficult to undergo treatment. There were many struggles during the first few years. He was diagnosed with autism at the age of nine. It was a late diagnoses- Niveditha Panigrahi, Ashutosh’s mother.

Beating a disability to be empowered

Niveditha and Vishwajit were determined to empower their son, no matter what.

Currently, Ashutosh is studying in class 8 at a regular school in the city. He faces many challenges at school. It includes inability to sit in class for long hours. “There are no special schools near us where we live. So we do not have an option but to send him to a regular school. We are looking into various techniques in order to support him”, says Niveditha.

Ashutosh is undergoing therapies which are slowly helping him to be independent and self-reliant. But through all odds, his love and passion for music has not changed. He has been learning music for the past nearly three years. Already, Ashutosh is an expert in singing bhajans, classical music and devotional songs. He has participated in many events and competitions along with children who do not have disabilities, not to forget the numerous prizes that he has won!

“Ashutosh has been showing interest towards music since a very young age. We decided to help him pursue all that he loves ever since we moved to Jamshedpur”, says Niveditha.

Ashutosh is also good at doing abacus. He has beaten children without any disabilities. This youngster has also tried his luck with computers and is good at it.

“We believe that as a family, we have been chosen by God to take care of Ashutosh who has a disability. He is just like any other normal child who needs an extra bit of support. He lacks motor skills, so daily tasks might get difficult for him”, says Vishwajit.