Diagnosed with autism, Athul Fathah, a passionate drummer believes in following his heart 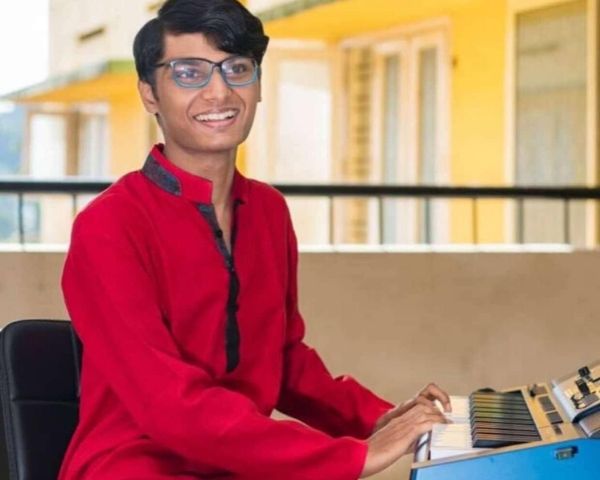 18 year old Athul Fathah from Trivandrum was diagnosed with autism at when he was over a year old. Athul is a drummer and also plays other musical instruments including tabla and keyboard. His mother Sabitha Jasmine is his biggest supporter. Athul is a class 10 student at an inclusive school in the city. This youngster believes in following his heart, always.

For 18 year old Athul Fathah, music is his world. This youngster hails from Trivandrum, the capital state of Kerala. Athul was diagnosed with autism at a young age. Hence, his parents could provide him with early intervention and therapies, something that helped him a lot. Athul is a passionate drummer, singer and plays the tabla too. Athul has big musical dreams which he hopes to achieve in the years to come.

An early diagnoses and journey thereafter

Athul’s parents are his biggest supporters. His mother Sabitha Jasmine ensures that her son keeps following his dreams in spite of the many odds and obstacles. From a very young age, Athul was showing behavioural issues and other developmental disorders. That is when Sabitha sought clinical help for her son from a renowned paediatrician.

Athul was diagnosed with autism when he was around one year old. We used to regularly take him to Trivandrum medical college for assessment as well. We had put him in a day care centre by then. He was slightly verbal and could communicate basic things as well. Even today, his communication skills aren’t too bad- Sabitha Jasmine, Athul’s mother.

Currently, Athul is a class 10 student at St Mary’s inclusive school in the city. “The syllabus is quite tough. He has a scribe and other benefits that a child with disability gets. But Athul does quite well academically for someone of his age with a disability”, says Sabitha.

She also ensures that Athul does not have to toil too hard when it comes to academics. “Right now, he enjoys going to the school. If I start pressuring him, he won’t like it. He will not enjoy spending time at school. I’am focussing on how being with other children can help enhance his social, communication and other skills. Academics comes after all that”. Sabitha’s message is a one that can be followed by other parents too!

Foray into the world of music

From a very young age, Athul started showing his love for music. He used to hum songs and enjoy music of all forms. Sabitha noticed it and decided to introduce her son to the big wide world of music.

Athul enjoys playing drums the most. He has been learning it for the past many years. Tabla is also something that interests him. He has also learnt to play the keyboard. Athul’s singing skills have also been appreciated by many people. He has won numerous prizes for playing musical instruments, especially drums.

Athul clearly wants to focus on music and maybe even build a career on it. “He has not really expressed interest on what he wants to do, but I’am sure it is going to be based on music because that is how much he loves the art, especially drums”, says Sabitha.

The lockdown was stressful for Athul since he has been unable to go outdoors. But music comes to the rescue there too.

Sabitha, who is a government employee has a lot of support from her family, especially her husband. Athul being the only son, Sabitha wants to help him in all possible ways.

“Parents must make sure to not compare their children with other kids. That is just baseless. Each child is different. In fact, a child with autism has different moods at different times. So what is the point comparing them? Moreover, parents must concentrate lesser on academics and look into ways to enhance whatever in-built skills that they have. Let them follow their heart. That is what Athul does”, adds Sabitha.

His father Advocate Fathahudeen M says, “Athul is very lovable and affectionate not just to us, but to others as well. Music is his world”.