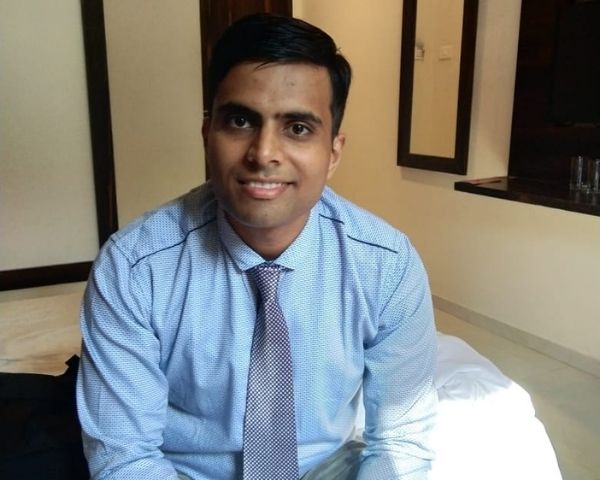 Akshay Bhatnagar’s list of achievements are many. He is the first person in Rajasthan with autism to get admission into a mainstream college. He is also the first to pass a competitive exam to join the state government. Now he has another first. Read on to know more.

“A dream come true”, says Pratibha Bhatnagar. And it certainly is for this proud mom of Akshay Bhatnagar, who is the first person with autism in India to crack a tough competitive exam and join the government service.

Akshay has now joined the Government of Rajasthan Secretariat in Jaipur as Clerk Grade-2. “He took charge two days ago and loves every moment of it”, says Pratibha.

Akshay, who is 28 years old, was earlier working in a private company but faced many challenges. His parents felt he would receive more support in the government service especially as the Rights of Persons with Disabilities Act 2016 mandates reservation in government jobs for people on the autism spectrum.

Many battles in court

However, they came up against many challenges as state government notifications did not take this into account and the Bhatnagars had to move court many times.

We had to file a case at every step, and it took 13 legal cases before Akshay could come this far. The good thing is that other families with children on the spectrum will not have to face this. – Pratibha Bhatnagar, Akshay Bhatnagar’s mother

Given Akshay’s strong computer skills in English and Hindi, she is confident of her son’s success in the new role. She is also realistic about the challenges.

“Akshay will have to struggle given the larger lack of understanding and awareness about autism”, says Pratibha. She refers to his earlier experiences working at the University of Rajasthan. “People did not understand his mannerisms, some even thought he was of unsound mind. He ended up experiencing a meltdown 10-12 days into the job. People with autism and intellectual disabilities experience challenges of a far different kind than those with physical disabilities”.

Pratibha plans to accompany Akshay to work until he feels comfortable and settles down.

A trained psychological counsellor, Pratibha is closely involved in building larger sensitisation as well. She was a part of an orientation programme conducted in Rajasthan last year to sensitise bureaucrats about the RPWD Act.

“Society has to be trained about autism as it is the most marginalised among all disabilities. The way Akshay has come forward is a matter of pride for us but being the first he has also faced many challenges. He must make a place for himself and pave the way forward for others”, says Pratibha.