On Autistic Pride Day, these youngsters show us how to live life to the fullest! 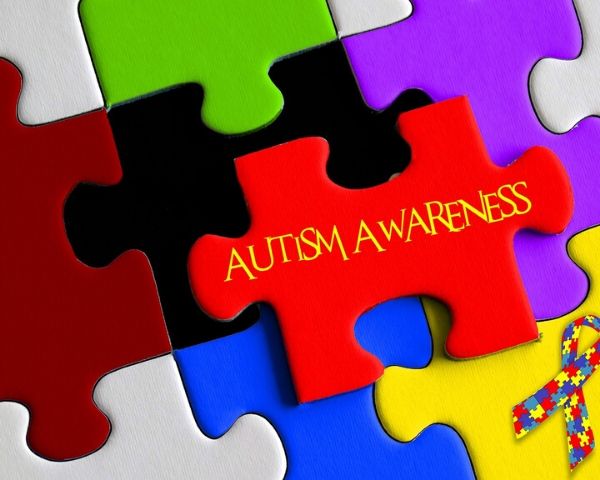 Today is Autistic Pride Day, a day that celebrates the unique skills, talents and positivity of every person with autism. There are many youngsters under the autism spectrum disorder who have made their family and society proud with their achievements. Today, we celebrate them and every individual under the spectrum who has stood out to become role models for others to follow.

On Autistic Pride Day, we go a little further to look at the skills and positivity that people with autism has. There are many people under autism spectrum disorder who have stood out with their exceptional skills to become role models in the society. They showed us that autism is just a disability that can be overcome with determination, skills and confidence. Yes, they did have the support of their loved ones to do that. Today, we celebrate such uniquely talented people and their families who helped them follow dreams.

Autistic Pride Day first began in Brazil in the year 2005. It was begun to focus on the LGBTQ community amongst people with autism, but also celebrates all the positivity about every person under the spectrum. Importance of the day also shows that people with autism do not need a cure nor are they defective. Every person is unique and that needs to be celebrated.

Stars in the world of literature

18-year-old Neerada Saseendran who hails from Kozhikode is more than just a budding poet. She has already published over two books. Poetry and writing is a medium through which Neerada expresses herself. This independent young teenager is truly an inspiration. Her family has been her biggest support, especially brother Navaneeth Krishnan.

“I have always wanted to support Neerada and her dreams. I have done research on autism and found that the needs and requirements of each child is different. As a family, we stay together to give her all the best things”, he says.

In empowering her daughter is where Sangeetha John’s life becomes richer. Sangeetha’s daughter Sherin Mary who is 18 years old, was diagnosed with autism at an early age. But that has not stopped the mother-daughter duo from working together to empower Sherin who is an established poet and writer. She has published a handful of books too. Writing is the way through which she connects to the world around her.

“The child will know what is best and as a parent, help them follow their instincts. Sherin wanted a medium to express herself, and writing was the best way she could do it. I never used to regard Sherin as a child with special needs but she is just like any normal kid”, says Sangeetha.

Singers who have made us proud

Malayalam singer Sukesh Kuttan, 32 years old, who has appeared in reality shows, needs no introduction to Malayali audience. He has impressed renowned singers and audiences with his skills. His path to following dreams were not easy. But he had his mother Smitha and father Kuttan throughout his journey.

“Parents must understand that all children are not the same. So it is important to understand their interests and help them in developing it. So we are unable to fully commit to music shows because sometimes he just won’t be able to sing. There are many difficulties that we face. But his love for music is endless”, she says.

13-year-old Sreeparvathy has performed at various venues. Music runs in her family, so she was introduced to it from a young age. “I want to help her focus on what she likes doing best. Maybe she can achieve something in the field of music”, says her mother Saraswathy.

16 year old Aditya Roy from Bengaluru has beaten all odds to follow his love for music and art. Aditya has won numerous prizes too. In fact, he has been attending both music and arts classes regularly. He was diagnosed at the age of four, and his journey has been a roller-coaster ride since then. His mother Kajal Roy is his father are strongest pillars of support.

“Aditya is a carefree child who is loved by each and every one he interacts with. I’am proud to be his father. He has an artistic bend of mind and never gives up on challenges”, says father Avijit Roy.

Just 20 years old Vinamra Arolkkar has his own YouTube channel called ‘The Special Cook’. “I would tell all parents to identify their child’s strengths and help them concentrate on their potential. Every child is special and gifted. I reached out to Vinamra and that is why he could identify his skills and follow his passion”, says his mother Prarthana.

These youngsters are beating their disability to emerge successful in life. The list is longer. All of them are living life to the fullest!