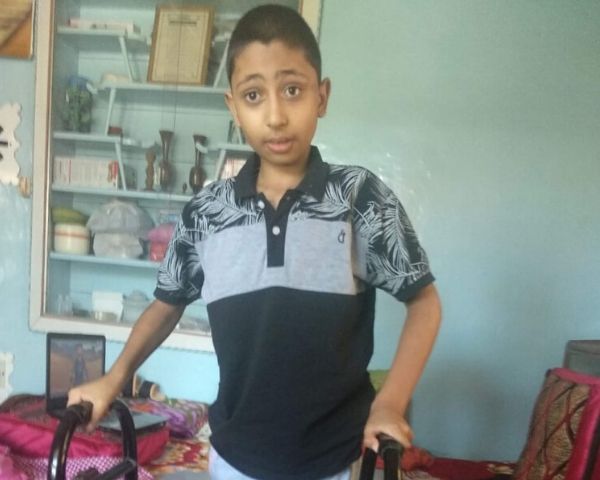 There is some hope of justice for Ayaan Zaffar. The 11-year-old visually impaired boy from Srinagar was physically disabled in an accident last year. He was hit by a school bus while under his class teacher’s care. His parents are hoping for justice now that the Office of the Chief Commissioner for Persons with Disabilities is holding a hearing. That’s the #StoryOfTheWeek.

Dr Zaffar ul Rehman and Sayeeda Rehman allege their 11-year-old son, born visually impaired, has been physically disabled as a result of negligence by Delhi Public School, Srinagar, where he was a student until last year.

An earlier report on NewzHook had highlighted the details of the case. Ayaan’s parents allege he was sent all alone to collect a book by the class teacher who knew about his disability. While crossing a lane within the school premises, Ayaan was hit by a bus and left with a permanent physical disability.

“He is not able to move independently now”, says his father. “The school took him to a local hospital in Nowgam for treatment, but we didn’t get any clear information from medical authorities either”.

After their appeals to the school and local police went unheard, Ayaan’s parents with the support of Disability Welfare Trust (DWT) approached the CCPD for justice. Just last week Ayaan was finally issued a disability certificate confirming he had a locomotor disability.

The parents want justice so that Ayaan’s life is not burdened further. At the time of the accident, Delhi Public School Srinagar promised financial help with his treatment. So far, they have not paid a penny or even come to check in how he is doing. We appreciate the CCPD for taking immediate action. – Zaheer Jan, Member, Disability Welfare Trust

Apart from DPS, the Jammu and Kashmir Police are also named as respondents. Ayaan’s parents have alleged that the police delayed filing an FIR. Instead it told the parents to sort the matter out privately. The hearing will be held online and both the school and police have been asked to attend.

Since the accident, Ayaan has been bedridden. One of his lower limbs is not functional and he needs the support of a wheelchair or a walker. He is completely dependent on his family for all basic activities.

“There are thousands of cases like Ayaan’s here in Kashmir that stay invisible”, points out Zaheer. “They suffer silently as they have no one coming forward to provide them with justice. They stay hidden until they die”.