Ayushmann Khurrana’s Bala is a hit 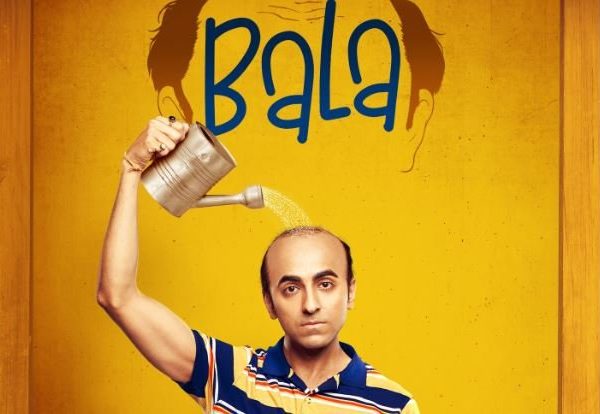 Bala lives in Kanpur and has a disorder called alopecia that causes his hair to fall prematurely.

Bala has been directed by Amar Kaushik and stars Bhumi Pednekar, Yami Gautam, Javed Jaffrey and Saurabh Shukla in some hilarious characters.

The movie has been much liked by audience and critics for its content, presentation and the acting prowess of the cast members.

The story follows the life of Bala who is ashamed of a bald head and tries all kind of methods to regrow his hair. His struggle to find love has also been presented in an entertaining manner. The whole fun fiasco is narrated by Vijay Raaz who represents the hair on Bala’s head.

While Bala, a salesman, has lost his will and confidence due to shortage of hair supply on his head, Bhumi Pednekar is playing the role of a dark skinned girl, who is made fun of due to her skin color.

“Bala has garnered so much love already! Book your tickets now if you haven’t already and hop on this laugh-riot! #Bala in cinemas now!” tweeted Ayushmann Khurrana.

The film not only entertains the audience with a great script and hilarious scenes, it also gives out the underlying message about societal pressure and expectations regarding physical appearances.

The film is fun and a definite must watch for those who like a nicely scripted and acted out film.