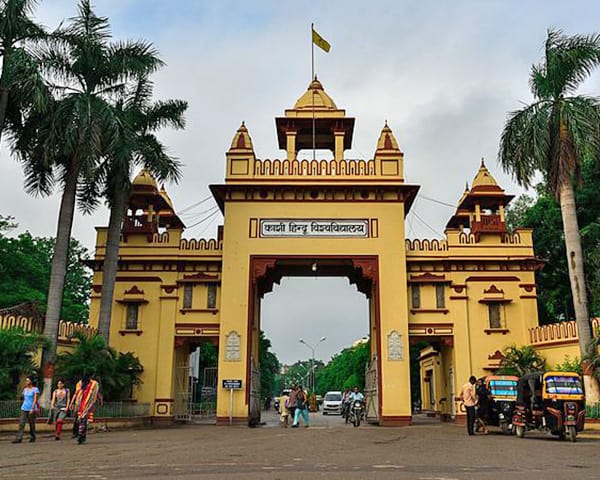 A group of 30 students at the prestigious Banaras Hindu University (BHU) have enforced a lockout at the literature wing of the Sanskrit department for nearly two weeks. They are objecting to the appointment of a person from the Muslim community to the post of assistant professor in the department.

For 12 days, a group of 30-odd students of Sanskrit literature have been sitting outside the office of the BHU Vice-Chancellor Rakesh Bhatnagar, demanding that Professor Khan’s appointment be cancelled and a fresh recruitment be made.

They have been reciting hymns and even carried out a yagna, saying they would not stop until till their demands are met. Speaking to NDTV, one of the students said the media was misrepresenting them. “We are not fighting against someone from any particular religion but we are aghast that things are not happening according to tradition,” said protestor Krishan Kumar. They said that they are not against the move to appoint Prof Khan to the department of Sanskrit but that he should not teach about the
culture.

Professor Khan hasn’t been seen at the university since his appointment. His father also studied Sanskrit and sings bhajans at a temple near his locality, said a report in The Times of India.