Bengaluru has worst traffic in the world 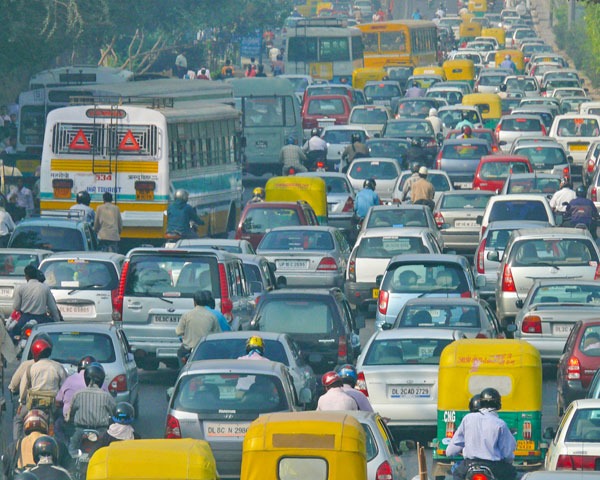 For those who live in Bengaluru, traffic woes are not new. Bengalureans spend hours in traffic when they try to reach their destinations. The TomTom Traffic Index 2019 has reported that Bengaluru is the Indian city with the worst traffic. Reportedly, traffic congestion has been reported to be over 71% in the ‘garden city’. Other Indian cities that follow are Mumbai, Pune and New Delhi.

It is really alarming to see #Bengaluru emerge as the city with worst traffic decongestion. Urge @BSYBJP to continue & expedite several measures we took to decongest the city’s traffic. We will be able to fully realize Bengaluru’s potential if we can solve its traffic woes- Dr G Parameshwara, Former Deputy Chief Minister, Karnataka.

Other global cities in the list includes Manila, Bogota, Moscow, Lima and Istanbul. TomTom had studied over 400 cities from across the world before arriving at the conclusion. The study also stated that traffic of national capital Delhi was reported to be at its heaviest on 23 October in 2019.

The latest report reflects the need for officials to step up and take initiatives to ease traffic congestion in the city. Deadly potholes and bad condition of the roads and flyovers are one of the main reasons for Bengaluru traffic. “Bengaluru has won the prestigious ‘World’s Worst Traffic’ Award People spend 3-4 hours on polluted, dusty roads just to commute to work The best part is, people are forgiving & don’t vote on these issues Govts are happy & are least bothered to solve it”, tweeted Congress leader Srivatsa.