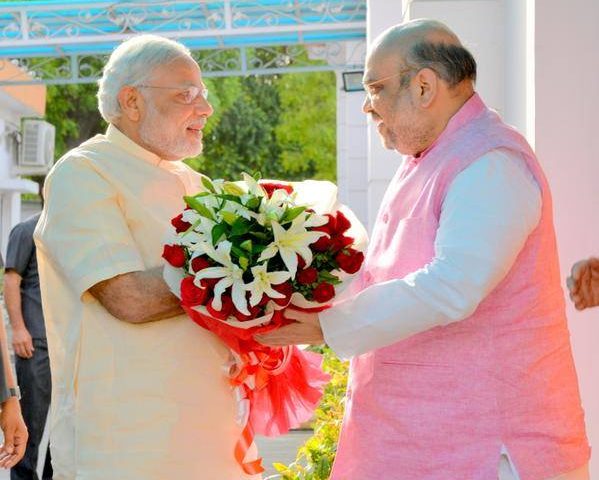 Since the past six months, BJP has been relishing on the grand success of last Lok Sabha elections. With the latest Assembly election results of Maharashtra and Haryana coming out, it is confirmed that the BJP is here to stay. In Maharashtra, the BJP- Shiv Sena alliance made a massive win with a huge majority. Indian Prime Minister Narendra Modi assured that his party will work towards development of the states where they have been elected. Modi took to Twitter to tell this.

People of Maharashtra have blessed the NDA with immense affection. We are humbled to have got the people’s support yet again. Our work towards Maharashtra’s progress continues! I salute each and every Karyakarta of the BJP, Shiv Sena and our entire NDA family for their hardwork-Narendra Modi, Prime Minister of India.

In Haryana, BJP won 40 out of 90 seats whereas the Congress only managed to get through 31. Six independent MLA’s will also be joining sides with BJP to render their full support. In Maharashtra, BJP-Shiv Sena alliance won 160 out of 288 seats available. Details regarding who is going to become the next Chief Minister of the state still remains unanswered. Reportedly, BJP and Shiv Sena might divide the tenure.

BJP workers are basking in the glory of their latest victory. There were celebrations in many BJP offices across the country. “There is nothing more important than winning elections. BJP retaining both Maharashtra and Haryana, where the last term was the first time a BJP CM helmed affairs is hugely significant. Those desperate to see win in opposition’s defeat have been dealt another demoralising blow”, tweeted BJP leader Amit Malviya.