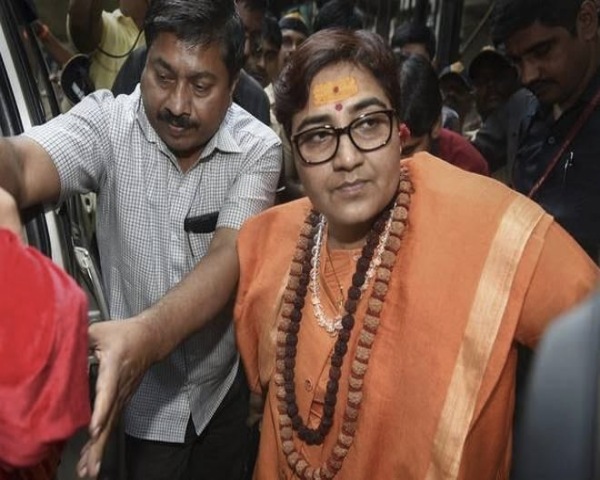 Two days after BJP MP Pragya Singh Thakur accused airline SpiceJet of not giving her the seat she had booked, a video  surfaced that showed the Bhopal MP being confronted by the passengers.

Thakur argues that why would she be going when there is “no first class, no facilities”. The person responded saying “first class is not her right”.

The BJP MP was slammed online too. #PragyaSinghThakur trended with 3,379 tweets, with many users slamming her for her behaviour. Thakur had booked a seat in SpiceJet flight SG2489 from Delhi to Bhopal and had come to the airport in her own wheelchair.

She alleged that the airline did not let her sit at the pre-booked seat in the emergency row citing rules. “They did not give me the booked seat. I asked them to show the rules. I called the director and lodged a complaint with him,” she said.

There were reports that the flight got delayed by approximately 45 minutes due to this matter.

The Delhi-Bhopal flight is operated by Bombardier Q400 aircraft (78 seater). On this aircraft, the first row is the emergency row seat and is not allocated to passengers on wheelchairs. As the BJP MP had come with her own wheelchair and had not booked through the airline, the staff wasn’t aware of this fact that she was a wheelchair passenger.  She was requested by the crew to shift to 2 A/B (non-emergency row) due to safety reasons but she refused. The duty manager and other staff also requested her to move to another seat. – Spicejet statement