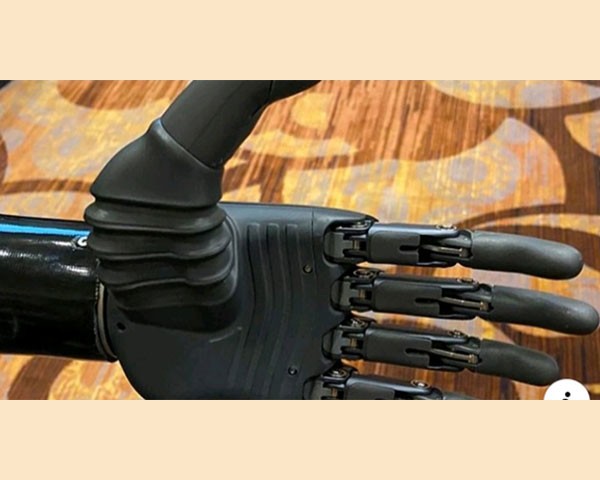 American company BrainCo has developed a new AI prosthetic hand that allows its user to move the hand using brain waves and muscle signals. The makers plan to launch it to the American market by this year end and worldwide after that. This new technology is welcomed. But the cost still remains a huge problem for amputees.

Technology has proved to be a boon for people with disabilities. Over the years, scientists and researchers have developed numerous products that makes live of people with disabilities simpler and easier. American company BrainCo has developed a new Artificial Intelligence (AI) prosthetic hand that allows its user to move it with their mind. The user’s brain waves and muscle signals are used to move the hand. The makers are all set to introduce this to the United States market and hopes to expand it to other parts of the world as well.

The final model of the prosthetic hand was unveiled by the company earlier this week. But the cost is definitely not affordable for many amputees across the world. Reportedly, it comes up to US Dollars 10-15,000, which is above Rs 10 lakh. Though the makers claim that this amount is much cheaper than many other prosthetic hands, it is undoubtedly a huge amount for many people.

This AI hand is currently waiting for a final approval from the United States Food and Drug Administration. Once it is cleared, BrainCo hopes to launch it to markets across US by this year end.

Introduction of this prosthetic hand is definitely good news for amputees across the world. Sajesh Krishnan, who is an amputee and blade runner from Kerala says, “There is a lot of research happening in the creation of artificial limbs. When I started using my limb in the year 2005, there was only a handful of companies. But the biggest problem always remains the high cost. Even though the product claims to be below Rs 10 lakh, it is still a huge amount for many of us”. He further adds, “Maintaining a prosthetic limb is also expensive. You have to spend at least 30% of the initial cost every two years. A bionic limb does not always work according to our choice. It depends on the brain’s impulses and electrical waves. But this is a good sign. We can hope that more companies will come forward to make affordable prosthetic limbs”.

There were many reviews for the prosthetic hand on social media too. Astronaut and author Terry Virts tweeted with a photo of one of the CES2020 users, “Meet Mincheng Ni, a double amputee. This AI robotic hand allows him to live a normal life. One of the most amazing things I’ve seen at @CES”.

“This prosthetic hand from @BrainCo Tech learns how to read signals from the user’s residual limb”, tweeted journalist John Keefe.