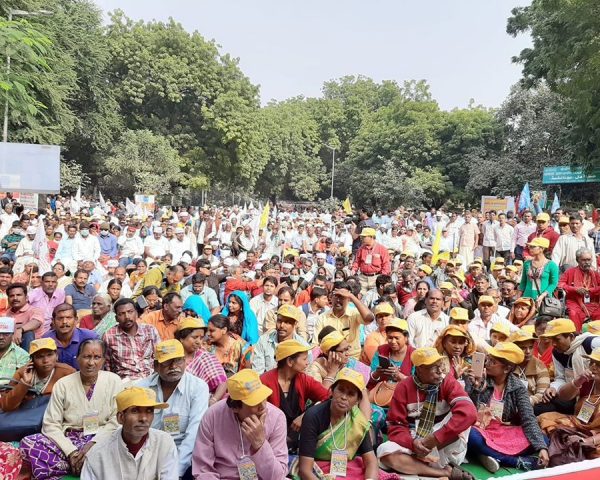 A nationwide campaign was launched by the National Platform for the Rights of the Disabled (NPRD) on 1 November. The month-long campaign was a protest against the inefficiency because of which the Rights of Persons with Disabilities Act, 2016 is yet to be completely implemented in India. The efforts of hundreds of activists and participants have borne fruit and the government has agreed to meet most of the demands.

NPRD had conceptualized the campaign to raise awareness among the society at large and the authorities of the various issues faced by people with disabilities. The struggles of the disabled community are increased manifold when the laws meant for their welfare and protection are not implemented.

Issues such as getting disability certificates, reservation in employment, timely government notifications about jobs identified for disabled candidates, lack of budget provisions for people with disabilities and their welfare, non-inclusive education system etc. were the focus of the campaign.

The issuing of these orders and letters to the states seeking an action taken report returnable by December 15, 2019 is a victory for the campaign and movement that the NPRD conducted. Muralidharan Vishwanath, General Secretary National Platform for the Rights of the Disabled The Department of Empowerment of Persons with Disabilities notice tells the states to, “Arrange to issue appropriate instructions to all concerned authorities so as to ensure effective implementation of the RPwD Act, 2016”.

Further, the states have been asked to report back to report on action taken by 15 December 2019 in the matter of issuance of disability certificates and UDID cards in a time bound manner; making education inclusive; implementing 5% reservations in higher educational institutes; providing support to women with disability for livelihood; enhancing the quantum of disability pension and providing care-giver allowance.

One GO- Government Order is for the Finance Services and Insurance Regulatory Development Authority asking them to, “issue appropriate instructions to all insurance companies to ensure that PwDs are given insurance cover on equal terms and conditions.”

A massive dharna was planned in Delhi on 25 November and it was to be attended by activists and protesters from all over India. However, the action taken by the Department of Empowerment of Persons with Disabilities turned the gathering into a victory meeting held at Jantar Mantar that was attended by more than two thousand disabled people from across the country.

In spite of the GOs and letters, NPRD regrets that the government has made no commitment on increasing the budgetary allocations for the implementation of the RPWD Act.

A statement by NPRD says,” It has not accepted the demand to repeal Sec. 3(3) of the RPD Act that legitimses discrimination or amend Article 15(1) and 16(2) of the Indian Constitution to prohibit discrimination on the grounds of disability. The government has also not accepted the demand for extending reservations in employment to the private sector. The NPRD will continue to campaign and fight on these issues.”