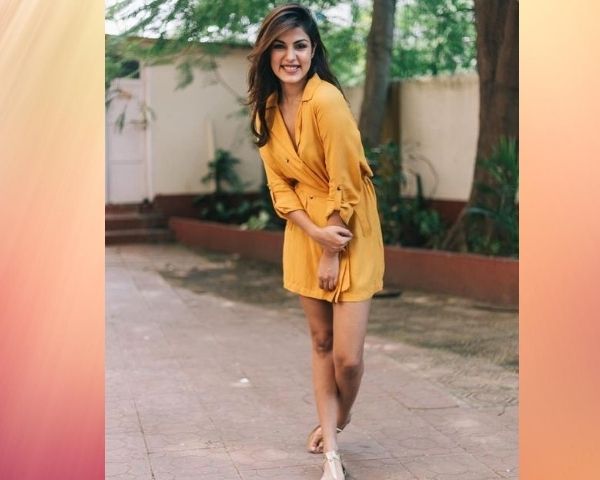 The Central Bureau of Investigation (CBI), who has been handed over the Sushant Singh Rajput death case interrogated his alleged ex-girlfriend Rhea Chakraborty for over nine hours on Friday. According to reports, Rhea was questioned by Nupur Prasad, head of the CBI team. Her brother Showik Chakraborty was also questioned separately to check if their statements are contradicting.

On Thursday, Rhea took to national television to talk about the trauma, mental and physical harassment that her family has been undergoing after they came into the spotlight post Sushant’s death. She also said that Sushant has been smoking marijuana which she always tried to stop.

Sushant’s father KK Singh had filed a case against the family for abetting his son’s suicide. He also stated that there has been financial transactions from Sushant’s account to Rhea’s.

Though the Mumbai and Patna police investigated the matter, the central government decided to hand it over to the CBI last week. A case was filed against Rhea by the Enforcement Directorate (ED) for money transactions and Narcotics Bureau for her alleged involvement with drug dealers.

Sushant was found dead in his Mumbai apartment on 14 June. Though initial reports stated that he died by suicide, his family members and fans wanted a detailed investigation. Rhea, who was dating Sushant during that time, had left his house on 8 June after they reportedly had a fight.