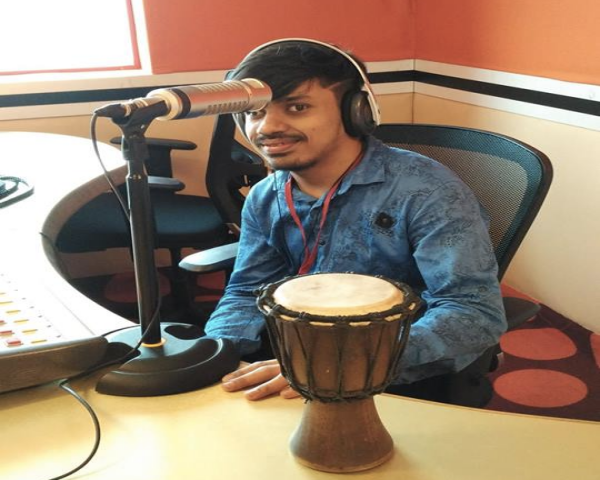 Actor and motivational speaker Pramod Patel chooses not to put the DIS in ability. That’s also the tagline of DivyangKala – A Talent House of Differently Abled People, the organisation he has started to promote the sporting and creative talents of people with disabilities.

“I do things three times slower than others, but do them just as well as anyone else, if not better”.

This line by Pramod Patel tells you plenty about his personality. This Mumbai-based actor and motivational speaker is determined to bring this level of confidence in the life of every disabled person. A desire that led him to found DivyangKala – A Talent House of Differently Abled People.

Pramod, who has cerebral palsy as a result of medical negligence during birth, believes that all of us are disabled in some way. It is just more visible in some. However, society’s attitude leads some people with disabilities to regard themselves as less equal or capable. It is this mindset that he is out to change.

“I faced many struggles in my early years. Mainstream schools would not admit me as a student and one finally agreed to if I took tests to check my IQ (Intelligence Quotient) and EQ (Emotional Quotient) levels”, says Pramod. He was given admission and wrote all his exams until class 9 after which he took the help of a writer. “My academic graph was good throughout”.

Always interested in dance, Pramod started taking lessons in his youth and discovered a new side to himself. “Dancing gave me self-confidence in myself and my body movements”. He went on to explore the idea of doing stage shows and this brought him into contact with the world of television. Pramod has acted in TV serials Dil Mil Gaye and Taarak Mehta Ka Ulta Chashma and reached top 21 on the acting show Ticket to Bollywood.

In 2016 I launched DivyangKala and this is a talent house for people with all types of disability – cerebral palsy, blind and low vision and autism. Everyone is trying to overcome some issue just like I am, and my aim is to help encourage disabled people to come out of their shells. – Pramod Patel, Founder, DivyangKala – A Talent House of Differently Abled People

DivyangKala has members in Gujarat, Delhi and recently in Kolkata. “We connect with disabled people in other cities on the phone and social media”. DivyangKala is open to children, adults, including senior citizens, with disabilities. Schools for children with disabilities are also a part of the organisation.

Nafees Waghu, an interior decorator in Mumbai, is one of the members. Nafees sustained a spinal cord injury in an accident nine years ago and is an active sportsperson. “I regularly take part in the wheelchair marathons organised by DivyangKala and recently won first prize at a competition. These events give us a chance to meet others in the disabled community and get out of our homes”.

Tejal Milan Bhagat’s 10-year-old daughter Gunjan who has autism and ADHD, also loves attending the dance shows organized by DivyangKala. “Gunjan hates to go outdoors to places like malls but she looks forward to the camps and dance competitions that DivyangKala organises. She loves to watch others dance”>

At present, DivyangKala is funded entirely by Pramod and he hopes to be able to take his shows outside Mumbai with more support. “I believe that when people with disabilities see others from the community coming out into the world and being vocal and visible, they will feel motivated to overcome their own difficulties”.

Also Read: #ChampionsWithCP – Cerebral Palsy has not dimmed their desire to shine