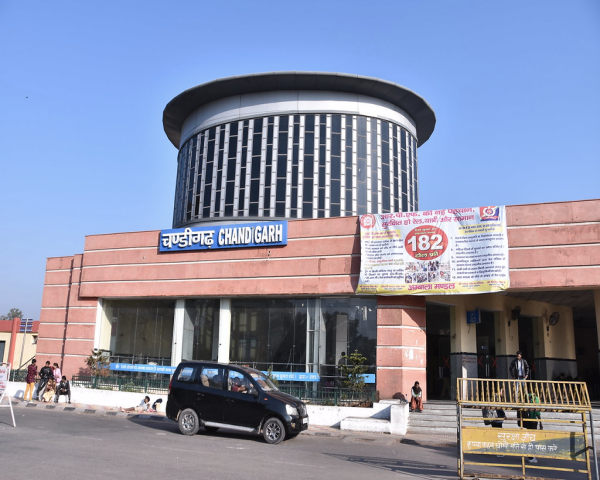 The Indian Railways will partner with Anuprayas, a Bengaluru-based NGO working to make India into a blind-friendly nation, to make Chandigarh railway station accessible to visually impaired people.

The project, headed by Anuprayas and Northern Railways will begin on 20 November and will be finished in three months’ time.

Founded by Pancham Cajla, who is based in Chandigarh, Anuprayaas has installed Braille signage at Mysuru, Mumbai and Bengaluru railway stations.

Pancham has been working closely with NGOs that empower people with disabilities since his childhood. While volunteering as a scribe, he had a chance to observe the difficulties experienced by visually impaired people closely. After he moved to Mysuru for work, he continued to volunteer for blind schools, NGOs and hospitals and this led him to start Anuprayaas with the aim of empowering people with disabilities.

A visually impaired friend missed his train at Mysuru station for lack of Braille or audio facilities. There are many visually impaired people who love to travel but cannot because public transport services are not disabled-friendly. – Pancham Cajla, Founder, Anuprayaas

Among the things planned is a tactile map that gives a blueprint of the station’s physical layout, with the distance, location of the entrance/exit, platforms and washrooms scripted in embossed paper. There will be platform indicators and train itinerary signs in Braille as well so visually impaired passengers can find their train scheduled and travel independently. “However, these signboards are fixed and do not provide real time information as in the case of electronic boards”, said Pancham to the media.

There are plans to expand such facilities to other railway stations in India as well. “Travelling is accessible and disabled friendly in many foreign locations. In India, we still have a long way to go. But it is definitely catching up”, he says.

Mohit Singh Saini, an employee of Punjab National Bank, who lives in Chandigarh, welcomes the announcement. “As a visually impaired person, the biggest deterrent I face is accessibility. Such initiatives will encourage us to move around independently and confidently and this is very good news”.