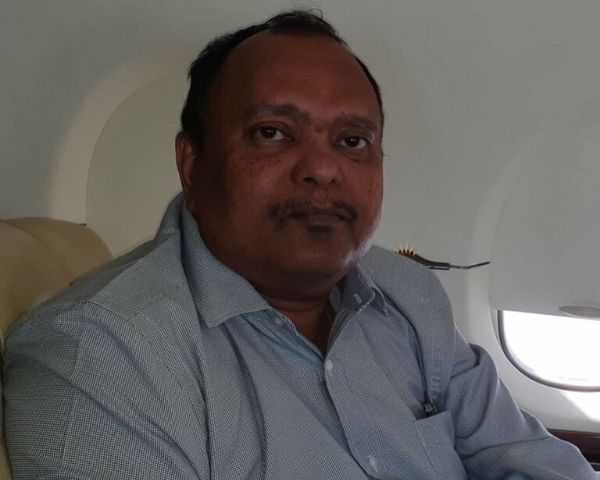 Ever since the spread of COVID-19 in India, healthcare officials and policemen have been working round the clock to control the virus infection. Unfortunately, they are the ones who have been attacked the most. On Sunday, 55 year old Dr Simon Hercules, who is a neurosurgeon from Chennai, died of COVID-19 which he is believed to have contacted from one of his patients. His body was not allowed to be buried in over two crematoriums in the city. Reportedly, an angry mob threw stones, bricks and injured healthcare officials and his family members who brought the body for burial. On Sunday night at 1.30 am, a surgeon Dr Kumar along with two ward boys buried the body fearing the mob attack.

Dr Simon, who is known to be a popular neurosurgeon in Chennai, has reached out to hundreds of patients during time of need. When his body was brought for burial, the ambulance driver and corporation health care officials were pelted with stones and bricks. Even the police could not control the angry mob who said that burying the body would cause spread of COVID-19 infection. The windscreen of the ambulance was smashed and even the casket was attacked by the mob. This grave attack shows the lack of awareness about COVID-19 amongst people.

The officials who accompanied Dr Simon’s body sustained deep injuries. Over 21 people have been arrested in connection with the case. The Madras High Court has sent a notice to the Tamil Nadu government over the incident.

Healthcare officials have been attacked at various parts of India including Indore, Delhi and Bengaluru. These workers who were sent to residential areas to give awareness classes and take samples of people were thrown stones and attacked by angry mobs. Indian Prime Minister Narendra Modi and Union Home Minister Amit Shah had clearly stated that such atrocities against health care workers and doctors will not be tolerated at any cost. But such dreadful incidents are only rising at a rapid rate. This calls for stricter actions against such mobs.

Over 1000 people have been tested positive for COVID-19 in Tamil Nadu. The number of deaths have risen to 17.

Many renowned personalities took to their social media to express the shock over the disheartening incident.

“Dr Simon Hercules gave life to so many, and this ungrateful society wouldn’t even give him 6 ft to rest in peace? I beg chennai police & TN govt to book every single wretch who attacked the burial party , and sentence them to three months community service in funeral grounds”, tweeted actor Kasturi Shankar.

“Received a picture of Dr Simon Hercules and his family. His two kids look like they are in their teens. I just cannot imagine their trauma. Apparently the son was at the burial ground. We need to educate people more, there is no other solution”, tweeted journalist Dhanya Rajendran.

“Doctors who die in the call of duty dealing with #COVID are heroes. Obstructing their last rites is a crime. @CMOTamilNadu please act against those who objected and apparently even attacked the burial ceremony of Dr Simon Hercules”, tweeted media personality Sumanth Raman.