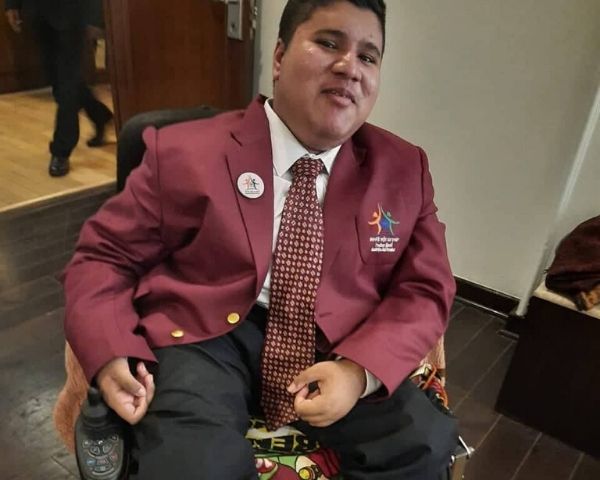 17-year-old Hridayeshwar Singh Bhati who has muscular dystrophy is a chess prodigy who has won two national awards. Recently, Hridayeshwar contributed Rs 2 lakh, his prize money, towards PM-CARES Fund for the fight against Coronavirus in India. Hridayeshwar’s latest gesture has won him many hearts across the country.

In India, Coronavirus has infected over 3500 people and killed over 60 according to reports. The central and state governments are not leaving any stone unturned to ensure that people stay safe during this pandemic. The economy has crashed after the lockdown and the government needs a huge amount to bring it back up and functioning. Indian Prime Minister Narendra Modi, earlier last week, announced about the PM-CARES Fund. Modi requested people to donate to the account which has been created exclusively for the fight against Coronavirus. Lakhs of people across India have contributed. Amongst them is 17 year old Hridayeshwar Singh Bhati from Rajasthan. Hridayeshwar, who was diagnosed with muscular dystrophy is a chess prodigy who has won two national awards. The youngster contributed Rs 2 lakh of his prize money to PM-CARES Fund.

Hrideyeshwar lives with his family in Rajasthan. He had invented ‘circular chess’, a variant for chess game. Six people can play in Hridayeshwar’s ‘circular chess’ game. He invented the game at the age of nine along with the help of his father. Hridayeshwar also received a patent for his creative invention and become India’s youngest patent receiver.

This youngster won the ‘Pradhan Mantri Rashtriya Baal Shakti Puruskaar 2020’ for his creative inventions. He was awarded by Indian President Ram Nath Kovind earlier in 2020. In December 2019, Hridayeshwar was also awarded the ‘National Award for the Empowerment of Persons with Disabilities 2019’. He won a prize money of Rs 1 lakh each along with gold medal.

“I want to be like Hawking who became a famous scientist despite suffering from motor neuron disease”, says Hridayeshwar who is a wheelchair user. This youngster has proved that a disability is never a barrier to aspire and dream big.

Winning hearts with a kind gesture

Hridayeshwar’s gesture is indeed a remarkable one. Hopefully, this will guide more people to donate towards this great cause.

Arpita Yadav, who recently appeared in the TV show ‘Kaun Banega Crorepati’ along with Amitabh Bachchan is a leading disability rights activist. Arpita who hails from Rajasthan, currently lives with her disabled son in Haryana.

“What Hridayeshwar has done is a great service towards the country. His gesture shows that people with disabilities can also be a part of the society. They are also equally important in the fight against Coronavirus in India. Disabled people are concerned about every societal issues like a person without disability. So Hridayeshwar’s latest initiative sends out a great and positive message”, says Arpita.