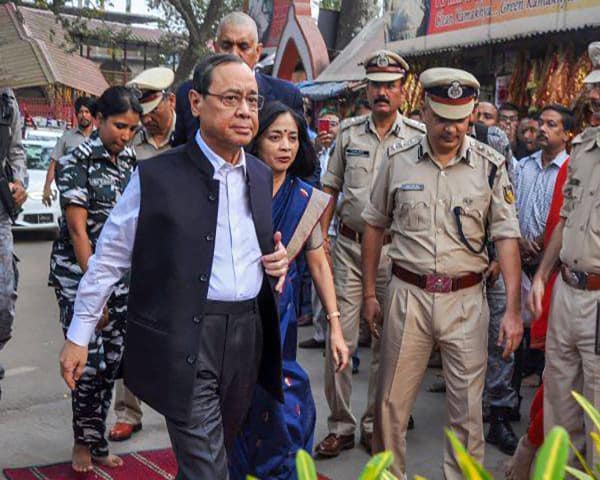 The much awaited Ayodhya verdict will be out today. There were reports that the verdict will be out before 17 November which is the retirement of Chief Justice of India Ranjan Gogoi. Reportedly, Gogoi held a meeting yesterday with top officials of Uttar Pradesh (UP) state before the verdict comes out today. The meeting was held in order to look into the law and order in the state. UP Chief Secretary Rajendra Singh and police chief Om Prakash Singh were some of the top officials who met with Gogoi on Friday.

Never heard of #SC #CJI calling such meetings ahead of its judgements. And, If he decided to meet considering the sensitivities involved, why publicise this meeting? It creates unnecessary media hype for the likely #AYODHYAVERDICT #Ayodhya-Umesh Upadhyay, Political analyst and Writer

Over 12,000 policemen have been deployed in Uttar Pradesh where Ayodhya is situated. Security has been tightened in Mumbai and other metro cities across India. SA Bobde, who will be the next Chief Justice has stated the Ayodhya verdict as the ‘one of the most important in the world’.

The dispute regarding Ram Janmabhoomi has been going on for over many decades. Hindu and Muslim organisations and leaders across India have called for peace and harmony after the verdict comes out. All the states are on high alert. Indian Prime Minister Narendra Modi had also warned his cabinet of ministers to refrain from passing any unnecessary statements regarding the Ayodhya verdict. He also said that the Ayodhya verdict is not any community’s win or loss and that India must maintain peace and harmony. “Ahead of #Ayodhya verdict next week, CJI #RanjanGogoi calls UP state chief secretary and DGP for meeting today ostensibly to take stock of prevailing law and order situation in Ayodhya and in the state”, tweeted Vipul Agarwal.