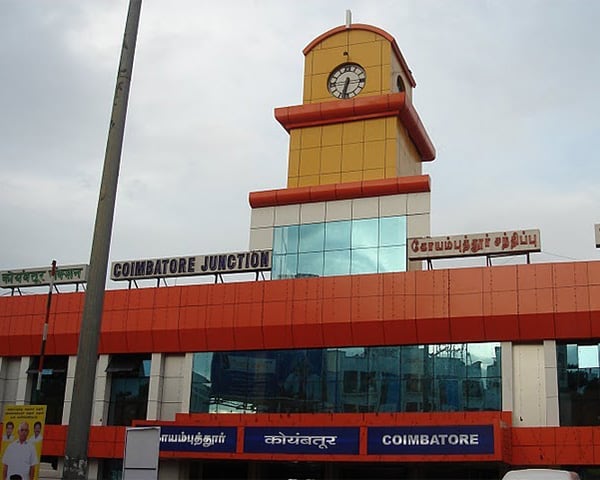 On 4 November, Coimbatore railway station launched Braille facilities for visually impaired travellers. With this latest initiative, Coimbatore railway station becomes the first station under Salem railway division to have exclusive facilities for visually impaired people. The venture was undertaken by Bengaluru based NGO ‘Anuprayaas’ and this is their fourth station where they have introduced Braille facilities after successfully launching them at Mysuru, Bengaluru and Borivali stations.

The Coimbatore railway station is known for taking steps to make premises accessible and disabled-friendly. There are wheelchair ramps and accessible toilets here, initiatives undertaken by the NGO Swarga Foundation. Now the station will be first under the Salem Railway Division to have facilities for visually impaired travellers. This has been facilitated by Bengaluru NGO Anuprayaas. Braille signage and tactile maps have been introduced across the station.

There is a huge flow of visually impaired passengers that use the station and this will surely help them.
There are two Braille maps installed in key locations providing a layout of the station.Braille booklets give passengers details about the station and surrounding areas. The Braille signage gives details about where the lifts and escalators are. There are even platform indicators in Braille, all facilities to enable independent travel.

We completed all the works a few weeks back. We had a lot of support from the officials as well. This project was undertaken for the Indian railways and we are aiming to make more railway stations accessible for visually impaired travellers. We have already been getting good feedback about Coimbatore station as well. – Panjam Cajla, Founder, Anuprayaas

The team at ‘Anuprayaas’ has already made Mysuru, Bengaluru and Borivali station in MUmbai accessible for visually impaired people. With the completion of Coimbatore, they have hit four. Now, they are all set to provide Braille facilities to Chandigarh station, which will make it North India’s first station with Braille facilities. “These new Braille facilities are definitely going to help a lot of people because I have personally seen many visually impaired travellers struggling to commute at the station”, says Swarnalatha J, Founder, Swarga Foundation.

The Braille facilities were done after consulting with experts. In case a traveller has any grievances, they can approach the station director.