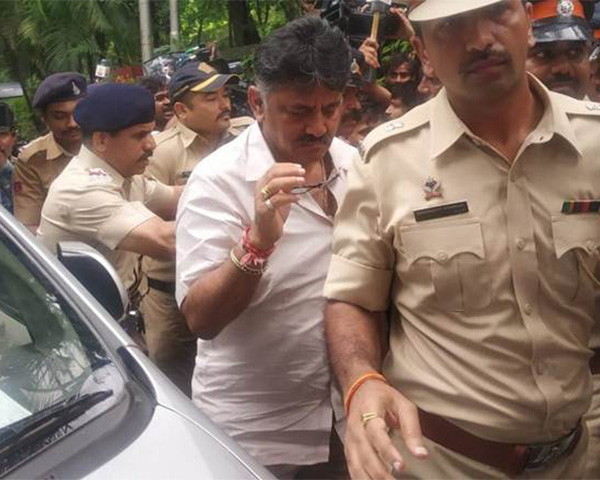 Congress leader DK Shivakumar, who was arrested last September in a money laundering case, was granted bail by the Delhi High Court. Shivakumar was seen walking out of Tihar jail on Wednesday evening where he spent over one month. He has been let out on a bail of Rs 25 lakh as bond. The High court has also asked him not to travel abroad and remain in the country. Shivakumar will also have to fully co-operate with the investigation and not tamper evidences. Many Congress leaders alleged that Shivakumar was wrongly framed by opposition parties.

I am happy to know that Delhi High Court has granted bail to Shri. @DKShivakumar. He was arrested for politically motivated reasons by violating the rule of law. Now, with the bail granted, it is a win for the truth-Siddaramaiah, Former Karnataka Chief Minister and Congress Leader.

After he came out, Shivakumar thanked all those who supported him during his tough time. He also specially mentioned Congress President Sonia Gandhi who stood with him and gave him strength.

The Enforcement Directorate had earlier questioned Shivakumar’s 23 year old daughter Aishwarya. Reportedly, her assets worth had rose from Rs 1 crore in 2013 to Rs 100 crore by 2018. Reportedly, the family has evicted taxes and indulged in many fraudulent practices to gain money worth of crores of rupees. “The fearless leader of Karnataka Shri @DKShivakumar gets bail! BJP’s abusive manipulation of ED and CBI to target the Congress now stands exposed. May the court of justice bring an end to this vindictive politics”, tweeted Srinivas BV, National President, Indian Youth Congress.