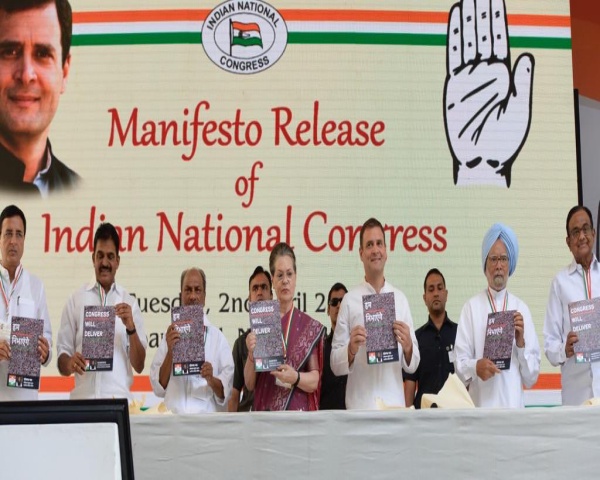 Senior Congress leader Jyotiraditya Scindia is the latest party leader who has called upon all Congress members to introspect urgently. His comment comes soon after another leader Salman Khurshid said that Rahul Gandhi should not have walked away from the post of Congress president after the Lok Sabha election defeat.

Scindia made his comments while responding to Khurshid’s claims of a “leadership vacuum” in the party.

I don’t comment on statements made by others, but it is true that the Congress is in dire need of introspection. The party’s situation should be assessed and improved, that’s the need of the hour. – Jyotiraditya Scindia, Congress party leader

Scindia is perceived to be close to Rahul Gandhi and is eyeing the post of chief of the Madhya Pradesh Congress but he has been ignored by people close to Sonia Gandhi say reports.

There has been speculation that he could leave the party for the BJP unless he is appointed as the Madhya Pradesh Congress chief. Further, his comments supporting the Modi government’s move to end the special status accorded to Jammu and Kashmir increased these rumours.

The Congress is yet to recover from its loss in the elections this year. A number of party leaders have defected to the BJP and its political allies.

In his statement, Khurshid said that Rahul Gandhi should have continued as the party president instead of giving up after the Lok Sabha elections. “We haven’t really got together to analyse why we were defeated. Our biggest problem is that our leader has walked away”.

However, Congress spokesperson Pawan Khera called it a side comment and said, “They should actually devote their time to expose this government’s follies, which are many”.