Get-hooked May 21, 2021
The COVID-19 lockdown has seen a flood of shows on cooking all around the world but there’s one show that stands heads and shoulders above the rest. That’s the iconic Cooking Without Looking TV Show, the first live TV show which shows blind and visually people cooking. It is now available as a podcast.

Did you know that freezing fresh herbs in olive oil is a great way to preserve them for future cooking? Or that measuring ingredients by weight is the key to successful baking? 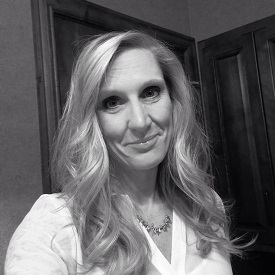 “I wanted it to be something that helped everyone, no matter what religion, race, age, economic status, etc. After much research I found that blindness was my cause. TV was the tool which I chose because it was what I know best, and it creates large scale change and promotes understanding of a group of people which, many don’t really know a lot about”, says Rentmeester.

Rentmeester is not disabled and did tons of research online to understand the needs and concerns of blind and visually impaired people. She started off with blind listservs online and found that blind people were most interested in cooking. She uses the information online to understand the concerns of blind and visually impaired people better. She then looked for blind chefs and cooks in her area, and approached PBS channel. That’s how the first TV show ever featuring blind cooks came into being. 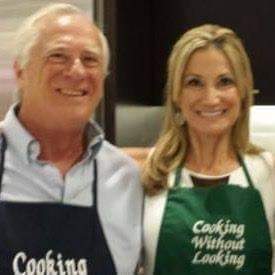 The show started off with hosts Allen Preston and Annette Watkins, who remain as hosts even today. The third was Don White, a blind restaurant owner and classically trained professional chef, who has now passed away.

“I have spent my life volunteering my time to advocate for people who are blind and severely visually impaired, as well as for those with other disabilities”, says Preston. “Now am proud to be part of the team that helps encourage other visually impaired people to maintain their independence”. “We are all-inclusive, working with people who are blind or visually impaired as well as with those who aren’t”, adds Watkins. Watkins is visually impaired. Her eyesight started to reduce later in life from Stargardt’s disease. This is a group of inherited diseases causing light-sensitive cells in the inner back of the eye to weaken. “This includes the staff and crew, lighting, sound, director, people to be interviewed, and those cooking on the show, and we mingle with the audience”.

Every week the Cooking Without Looking TV Show Quarantine Cuisine Edition has sessions featuring a rotating line of cooks who are blind and visually impaired. To help the audience follow the recipes, the steps are narrated and there are specific tips and techniques given for visually impaired people. This includes tips like listening to the sound of bubbles pop to realise when the yeast is taking effect. Or putting dark coloured ingredients on light coloured dishes or plates so the contrast can help those who are partially sighted.

At the end of each segment, the recipe is shown on the screen and read aloud. All of this is peppered with frequent reminders on how visually impaired cooks should ensure they stay safe while working in the kitchen.

Cooking Without Looking TV Show features a whole range of adaptive technologies for cooking that cater to cooks who are blind and visually impaired. This includes adaptive cooking gadgets like talking thermometers and handheld barcode readers that help identify the contents of cans. Some other useful adaptive cooking gadgets for blind and visually impaired cooks featured on the show are tactile marking kits to make burners more user-friendly by putting raised letters or braille symbols on control knobs.

Recipes apart, Cooking Without Looking TV Quarantine Cuisine Edition also highlights the tremendous work done by organisations working to empower blind and visually impaired people. A recent guest on the show was Pastor Kevin Perrine, Executive Director of Diverse Opportunities for the Visually Impaired in Toledo, Ohio. The organisation helps people who are visually impaired and also counsels their families. Pastor Perrine, who is visually impaired, is a trained cook with certification in culinary arts training. On the show he shared his recipe for a Slow Cooker Fudge.

Fred Schroeder, President of the World Blind Union, says Cooking Without Looking TV Show has a powerful message for all. “Blind people need encouragement to live normal lives and the sighted public needs the opportunity to learn that blindness does not render people helpless nor grant them with superhuman gifts. Cooking Without Looking TV Show shows blind people doing normal things, and that is a powerful message for the sighted public and for blind people themselves.”

“It teaches sighted people about the real lives of blind people, and it empowers the self-esteem of people with vision challenges and blindness”, says Rentmeester, who is now has the opportunity to produce the show for Netflix. “We will shoot a pilot for our programme, “Cooking Without Looking” show. We have future plans to shoot a show in Cape Town, South Africa with our sister organization, League of the Friends of the Blind”.

You can check out Cooking Without Looking TV Show Quarantine Cuisine Edition here.